Hajiyev: Some forces with radical thinking emerged in European Parliament after recent parliamentary elections in Azerbaijan 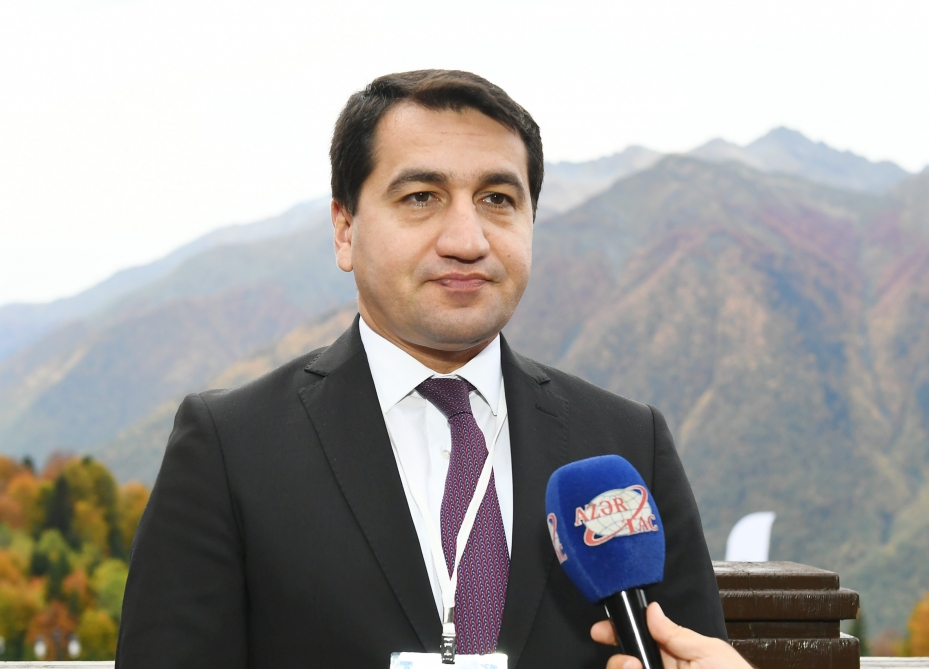 Assistant of the President of Azerbaijan, Head of Foreign Policy Affairs Department of the Presidential Administration Hikmet Hajiyev has commented on the statement of the Progressive Alliance of Socialists and Democrats of the European Parliament which reads that "the new agreement with the EU won’t be ratified until Azerbaijan observes fundamental human rights", Trend reports Feb. 13.

“I would like to note with disappointment that after the recent parliamentary elections in Azerbaijan, some forces with radical, chauvinist and Islamophobic way of thinking emerged in the European Parliament,” said Hajiyev.

“The Progressive Alliance of Socialists and Democrats of the European Parliament has twice released an unfounded statement on Azerbaijan,” the presidential assistant noted.