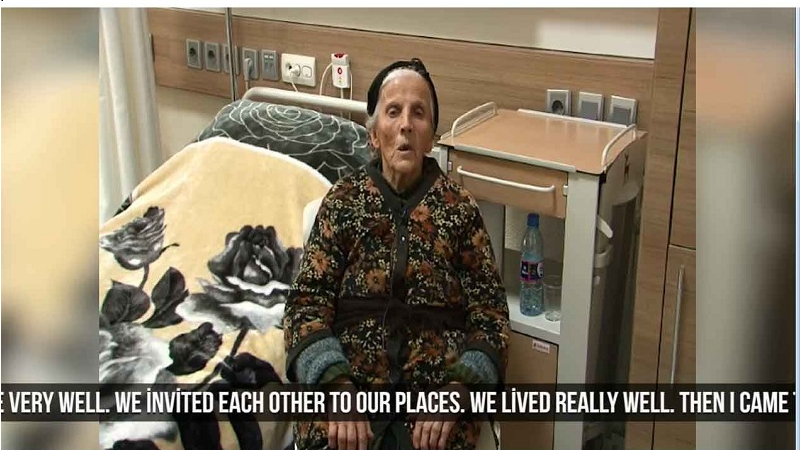 A resident of Hadrut Babayan Yevgenia left by the Armenian armed forces while retreating and evacuated by the Azerbaijani servicemen called on the Armenian people to help establish peace in Nagorno-Karabakh.

“I, Babayan Zhenya Pavlovna, was born on March 21, 1935. We were always living together with Azerbaijanis in a friendly way. I worked together with them in the hospital in a friendly, peaceful atmosphere. They treated me very well, we invited each other to our places, we lived really well,” Babayan said in an interview while in hospital in Baku.

In her words, the Armenians left Babayan in the basement of the house and ran away.

“Then I came to Hadrut some time has passed this war has begun. The Armenians left me in the basement of the house and ran away. They promised that they would pick me up, but they didn’t. They left me in the basement without gas, water, and food. When an Azerbaijani came he helped me he told me “don’t be afraid, sister” and took me by car to Baku,” she said.

Babayan added that now that she is in Baku in a hospital, she is well fed and well looked after: “I am very grateful for that because our Armenians were unable to protect me, our Armenians left me and fled. Fathers and mothers, it is not difficult to establish peace. Help to do this so that we live together with Azerbaijanis in peace.”