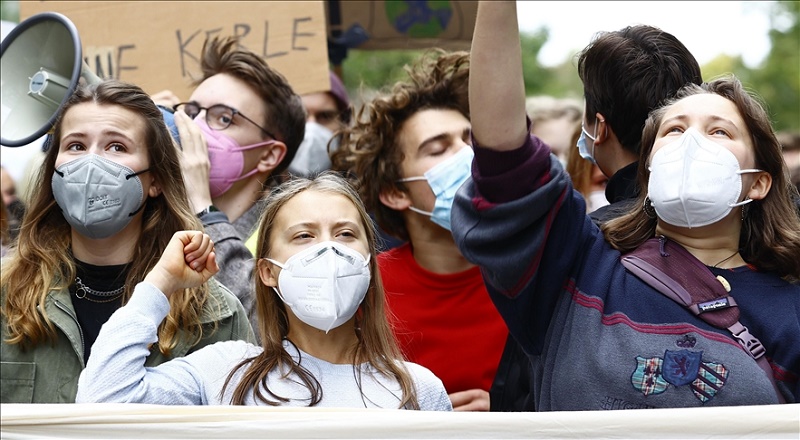 In Berlin, Swedish climate activist Greta Thunberg, who significantly inspired the global Fridays for Future campaigns, was in front of the German parliament to lead a march through the government district.

Reacting to the mass demonstrations for more climate protection, a German government spokesman, Steffen Seibert, told journalists in Berlin the government had increased its efforts to achieve new climate targets.

There is a new dynamic approach both in Germany and Europe. There are many processes in progress that the next government must continue to pursue with conviction and consistency, he added.

Seibert stressed Chancellor Angela Merkel had repeatedly emphasized how important it is for people to stand up for climate protection.

The Fridays for Future movement has “of course achieved something,” he added.

Fridays for Future is a youth-led global climate strike movement that started in August 2018, when then-15-year-old Greta Thunberg began a school strike for climate. In the three weeks leading up to the Swedish election, she sat outside Swedish Parliament every school day, demanding urgent action on the climate crisis.

The mass protests are mainly aimed at pressuring Germany's political parties to focus even more on climate protection as this issue has become very important in this election campaign.

In a year of devastating floods, record heat waves, and the Constitutional Court's calling the government's climate policy "insufficient", many younger voters feel deeply frustrated over the lack of progress on what they perceive as a vital issue.