Global warming kills 14 percent of world's corals in a decade 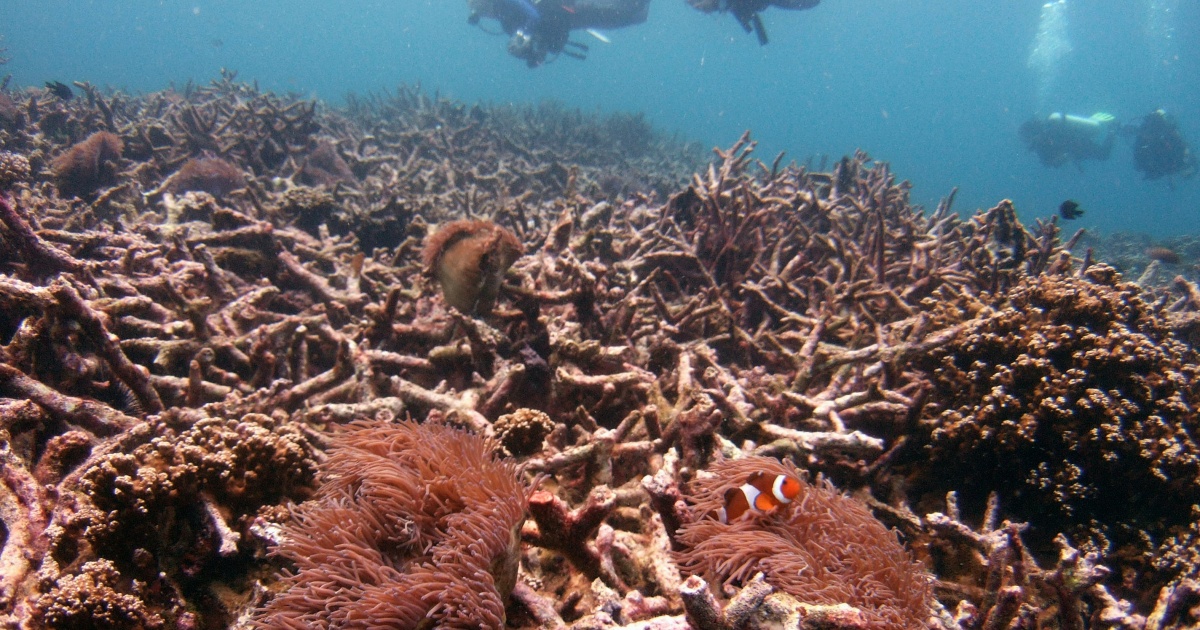 Dynamite fishing and pollution -- but mostly global warming -- wiped out 14 percent of the world's coral reefs from 2009 to 2018, leaving graveyards of bleached skeletons where vibrant ecosystems once thrived, according to the largest ever survey of coral health, AFP reports.

Hardest hit were corals in South Asia and the Pacific, around the Arabian Peninsula, and off the coast of Australia, more than 300 scientists in the Global Coral Reef Monitoring Network reported.

"Climate change is the biggest threat to the world's reefs," co-author Paul Hardisty, CEO of the Australian Institute of Marine Science, said in a statement.

Oceans absorb more than 90 percent of the excess heat from greenhouse gas emissions, shielding land surfaces but generating huge, long-lasting marine heatwaves that are pushing many species of corals past their limits of tolerance.

A single so-called bleaching event in 1998 caused by warming waters wiped out eight percent of all corals.

Coral reefs cover only a tiny fraction -- 0.2 percent -- of the ocean floor, but they are home to at least a quarter of all marine animals and plants.

Besides anchoring marine ecosystems, they also provide protein, jobs and protection from storms and shoreline erosion for hundreds of millions of people worldwide.

The value of goods and services from coral reefs is about $2.7 trillion per year, including $36 billion in tourism, the report said.

Loss of coral from 2009 to 2018 varied by region, ranging from five percent in East Asia to 95 percent in the eastern tropical Pacific.

"Since 2009 we have lost more coral worldwide than all the living coral in Australia," noted UNEP executive director Inger Anderson.

"We can reverse the losses, but we have to act now."

The UN's climate science advisory panel, the IPCC, projects with "high confidence" that global warming of 1.5 degrees Celsius above preindustrial levels will see 70 to 90 percent of all corals disappear.

In a 2C world, less than one percent of global corals would survive.

Earth's average surface temperature has already increased by 1.1C above that benchmark.

The report, titled "Status of Coral Reefs of the World: 2020", found reasons for cautious optimism.

"Some reefs have shown a remarkable ability to bounce back, which offers some hope for the future recovery of degraded reefs," Hardisty said.