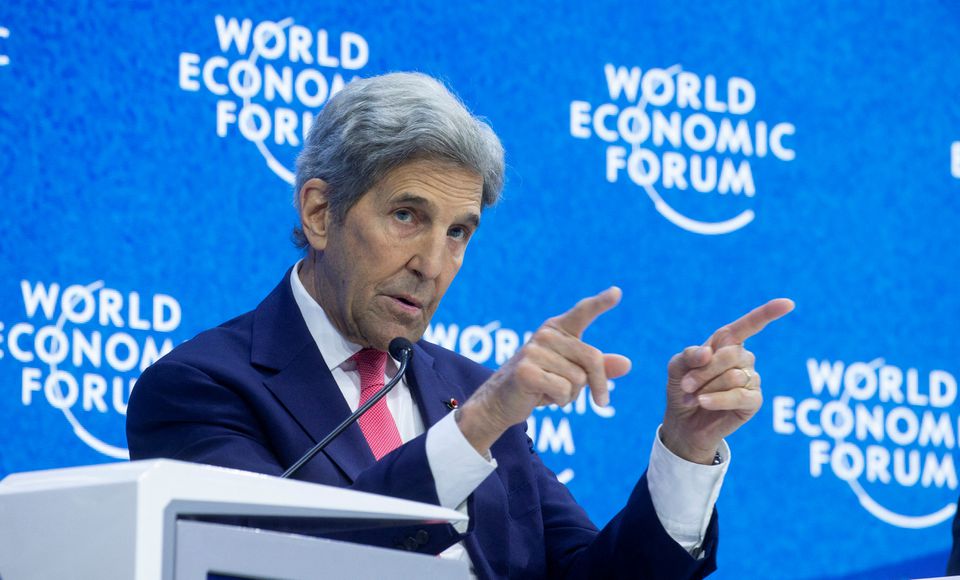 Six months after the world agreed in Glasgow to a U.N. climate pact with bold, new targets, political and business leaders facing an energy crisis, volatile markets and an economic downturn are grappling with how to cut carbon emissions, News.az reports.

Amid soaring oil and gas prices triggered by Russia's Feb. 24 invasion of Ukraine, some countries have turned to other fuels, including coal, to meet their energy needs.

Meanwhile, financial market ructions have complicated plans to raise the trillions of dollars needed for the energy transition away from fossil fuels.

U.S. climate envoy John Kerry stressed at the World Economic Forum (WEF) in Davos, Switzerland, that the energy crisis wrought by the war in Ukraine should not deepen the world's dependence on climate-warming fossil fuels.

He warned against ramping up investments in fossil fuel infrastructure: "We cannot be seduced into believing that this suddenly is an open door to going back and doing what we were doing which created the crisis in the first place".

At the COP26 U.N. climate summit in November in Glasgow, Scotland, nearly 200 countries agreed to increase their national pledges this year to align with a target of capping global warming at 1.5 degrees Celsius (2.7 Fahrenheit) above pre-industrial levels.

To meet that goal, countries would need to cut carbon dioxide emissions by at least 45% by 2030 from 2010 levels. To date, annual global emissions have only ever continued to rise.

"The timetable is now in question. There's a lot of debate then on how many years have we been set back now," Jay Collins, vice chairman of banking, capital markets and advisory at Citigroup, told the Reuters Global Markets Forum in Davos.

So far, none of the Group of Twenty advanced economies, which are responsible for around 75% of greenhouse gas emissions, has updated its CO2-cutting pledge this year, according to a report this week by the World Resources Institute, E3G and the Energy and Climate Intelligence Unit.

More than 100 countries also have pledged a 30% cut by 2030 in emissions of methane, another major greenhouse gas, but most of them have yet to say how they will meet that deadline.

"There's a short-term crisis going on right now, and I think that's going to ultimately accelerate mid-to-long term goals, but it may not feel like that," said Carl Carande, global head of advisory at KPMG.