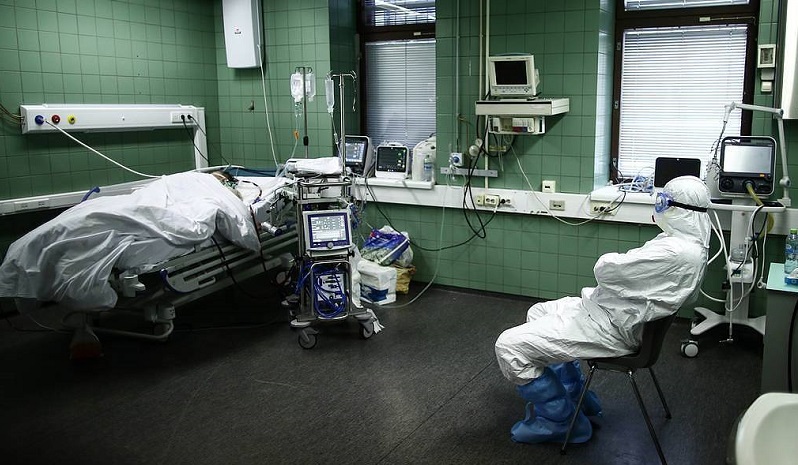 Global confirmed coronavirus cases increased by 14.4 million in March, which, according to TASS estimates, was higher by one-third compared to February, and the cases surpassed four million over the last week for the first time since the end of January.

Nevertheless, in spite of a new spike in cases, the mortality rates fell by nearly 10%, since about 278,500 fatalities were registered across the globe in March. The death rate stayed flat at about 2.2%.

TASS collected the key statistics on the pandemic in March.

The spread of infections accelerated in March in those countries which were among the world’s top five in the terms of COVID-19 cases.

In Brazil, coronavirus cases almost doubled since the beginning of spring, so the country reported over 2.2 million new cases, the world’s biggest number. As a result, Brazil was ranked second in terms of cases.

India came in third although it recorded 1.1 million cases in March, which was three times more than in February. France is fourth with over 0.9 million cases confirmed over the month.

Both the United States and Russia showed an opposite trend. Even though the United States has the most coronavirus cases in the world, it recorded 30% fewer infections than a month before (1.8 million). Russia saw the lowest number of new cases - 0.3 million - for six months.

The virus behaves differently throughout Europe. Cases soared in Italy, Poland, and Turkey in March, but plummeted in the United Kingdom and Spain.

Mortality rates were still on the rise in the countries that were hit with a new coronavirus wave in February. Brazil was the worst affected, as 68,000 patients died in March compared to 29,500 in February. In comparison with February, deaths doubled in India to surpass 6,000, but in general, the country’s mortality rate remains among the world’s lowest - at 1.3%.

Eastern Europe faced a huge uptick in COVID-19 deaths. For example, Ukraine recorded 7,000 deaths in March, which was 2.5 times more in comparison with February. Poland documented 9,700 deaths and the Czech Republic - 5,700, which was 1.5 times more than in February.

Most Western European nations (including France that is engulfed by COVID-19 new cases) reported a drop in the deaths rate, which halved in Spain and Germany and was about 4.5 times lower in the UK. Italy was an exception since 11,600 patients died in March there compared to 8,900 in February.

The United States, which has the most deaths caused by COVID-19 in the world, recorded 35,800 fatalities in March, down by 27,000 in comparison with February. Russia’s mortality rate was declining much slower, as it fell by only 1.6% in comparison with the last winter month.