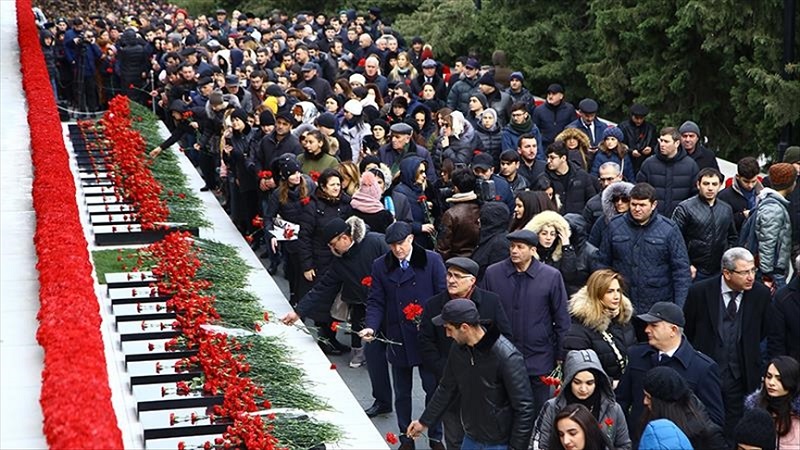 Commemorating martyrs of Jan. 20, “we will never forget Azerbaijan martyrs,” said the head of the World Azerbaijani Congress on Wednesday.

Some 31 years ago, the people of Azerbaijan were attacked, innocent people were shot and crushed under tanks, said Asif Kurban in his message.

On the night of Jan. 19-20, under direct instructions from Soviet leader Mikhail Gorbachev, the State Security Committee and Ministry of Internal Affairs entered Baku and nearby regions, massacring the civilian population using heavy military equipment and other weaponry.

“On that day, also known as the Black January, the people of Azerbaijan managed to oppose the Red Army and show their identity and steadiness,” said Kurban, stressing that specially trained troops of the Soviet army committed massacres.

He also criticized that Gorbachev, who ordered the massacre, was awarded the Nobel Peace Prize. “However, he should have been on trial in front of the court for what he did,” he added.

Noting that one of the first and main sources of income of the Nobel brothers was Baku oil, he said it is one of the most painful scenes of history to give a prize established with the money earned in Baku to someone who ordered a massacre there.

"I remember with gratitude and appreciation those who were martyred on the path of Azerbaijan's independence,” he said underlining they will never let those who committed this massacre will be forgotten too.

Seen as the rebirth of the Republic of Azerbaijan, Black January witnessed the massacre of 150 people in Baku, on the eve of the country’s independence.