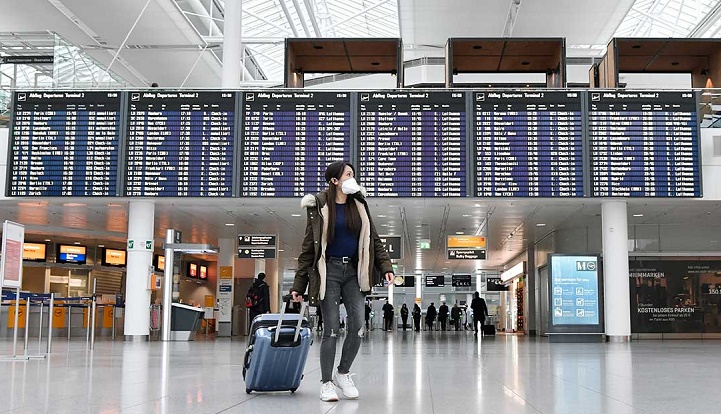 All travelers arriving in Germany will be required from this weekend to demonstrate immunity from COVID-19 either from a vaccine or previous infection or present a negative test result, government sources reported.

The plan reflects growing concern among Germany's regional and national leaders that rising caseloads in tourist destinations could help fuel a fourth wave when Germans come home from holiday.

Germany now requires a negative test or proof of immunity only from those arriving from so-called "risk areas", "high-incidence areas" and "virus-variant areas", which in Europe now include Britain, Spain and the Netherlands.

Rules are now also applied differently at airports and road crossings, and regional leaders are keen to make them more consistent.

Germany saw 3,142 new infections on Thursday, according to its main disease-fighting agency, the Robert Koch Institute for Infectious Diseases. The average daily new cases in Britain stand at almost 30,000.

After an initial slow start, Germany has swiftly implemented widespread vaccination, with 61.3% of the population receiving at least one shot, dramatically reducing the disease's severity and lethality.