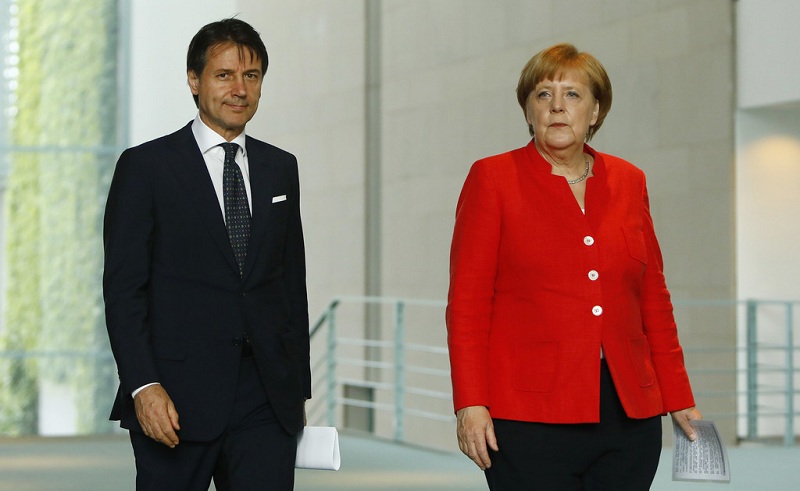 German Chancellor Angela Merkel and Italian Prime Minister Giuseppe Conte on Monday called for a quick and convincing European response to the coronavirus crisis ahead of the special summit of the European Union (EU) member states' leaders this weekend.

"The task is enormous and therefore the answer must also be huge," said Merkel after her meeting with Conte at Meseberg Castle north of Berlin. She said the EU recovery fund must be massive and could not be cut back in size.

She said that she did not know whether an agreement would be reached at the upcoming EU summit. "There is still a long way to go," she said, referring to the scheduled July 17-18 EU summit in Brussels, where the member states will seek a consensus on the European Commission's proposed 750-billion-euro (852 billion U.S. dollars) recovery plan to help the bloc emerge from the pandemic-triggered economic crisis.

"We have to act quickly, because history tells us that the best reaction is not worth so much if it comes too slowly," said Conte, warning that "if we just let the crisis run like this, we would see the internal market destroyed within a very short time."

Conte said that a coordinated and strong European response is important because this crisis is "epochal." However, he said he saw "difficult negotiations" ahead for an agreement on the recovery fund. The programs should have "clear rules" and there must be constant monitoring and reviews, he said.

Merkel said that the ideas on the recovery fund of the 27 EU heads of state and government differ widely, so bridges have to be built in all directions, "but not by abandoning certain principles."

The European Commission's proposed recovery fund includes 500 billion euros in grants and 250 billion euros in loans to the countries most affected by the COVID-19 pandemic. However, the Netherlands, Sweden, Denmark, and Austria reject non-repayable grants and want to link the aid to binding economic reforms.