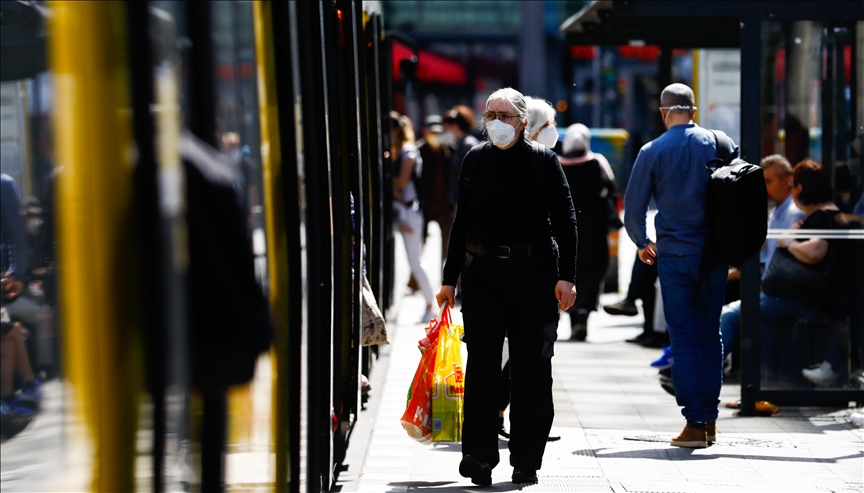 Four fully vaccinated people in southern Germany tested positive for the omicron COVID-19 variant as the country's next chancellor announced he would back a proposal to mandate inoculations for everybody next year, but that lawmakers should be free to vote according to their conscience on the issue, News.Az reports citing Daily Sabah.

Three of the infected people returned from a business trip to South Africa on Nov. 26 and Nov. 27 respectively, and the fourth person is a family member of one of the returnees, the public health office in the state of Baden-Wuerttemberg said on Tuesday.

"All four people are fully vaccinated. A mutation analysis carried out by the State Health Office has confirmed that all of them are infected with the new variant of concern," the office said in a statement, adding that all four were in quarantine. According to Reuters, they showed moderate symptoms.

Meanwhile, Olaf Scholz, whose center-left Social Democratic Party (SPD) narrowly won a national election in September, is expected to take office next week once his party and two others approve a deal to form the next government. The two-month transition, with outgoing Chancellor Angela Merkel as caretaker, has been blamed for Germany's slow response to the latest surge in COVID-19 cases in the country.

Speaking to public broadcaster ARD after a conference call between Merkel, himself and the governors of Germany's 16 states, Scholz insisted that "the leadership is there.”

On Tuesday, the country’s seven-day infection rate dipped for the first time in over three weeks but, at 452.2 new cases per 100,000 residents, was only just short of Monday’s record of 452.4. The country’s disease control center, the Robert Koch Institute, said 45,753 cases were reported over the past 24 hours. Another 388 deaths were recorded, bringing Germany’s total so far to 101,344.

Earlier Tuesday, Germany's Federal Constitutional Court found that the most controversial measures contained in federal "emergency brake” legislation that was in place from April until the end of June were in line with the constitution. Those included a 10 p.m.-5 a.m. curfew and school closures in areas with high coronavirus infection rates.

That added to pressure for officials to act – as has the appearance in Germany and many other countries of the new omicron variant of the coronavirus.