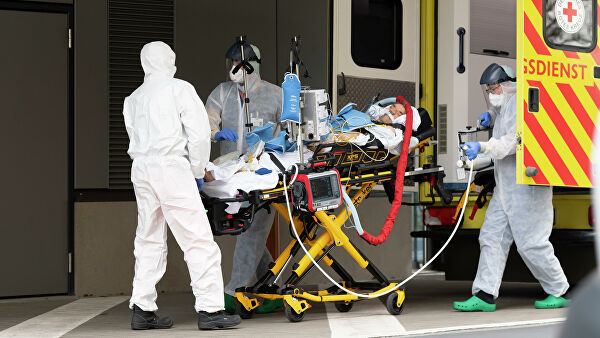 Germany reported a record 140,160 new coronavirus cases on Friday, and sources said the health minister had warned that the country could see at least 400,000 cases per day by mid-February, News.Az reports citing Reuters.

That figure would be reached under an optimistic scenario in which booster shots provide very good protection, Karl Lauterbach said in a discussion with state government leaders, sources involved in the talks told Reuters late on Thursday.

The number could climb to more than 600,000 daily new cases if the booster shots were less protective, he said, according to the sources.

Lauterbach also said he expected the number of patients in intensive care in hospitals to increase significantly in the coming weeks, the sources said.

More than 116,000 people have died in Germany in connection with the coronavirus. A week ago, Germany reported 92,223 new daily cases.

Over the past seven days, 706 out of every 100,000 people have been infected, and three of them had to be hospitalized, according to the Robert Koch Institute of infectious diseases.

In Berlin, where the incidence rate of 1,258 is the second-highest in Germany, public services including transportation, police and child care are reshuffling operations to cope with the increasing number of workers in quarantine.

"The absence of staff due to illness or quarantine is increasingly causing problems for hospitals," a spokesperson for the Berlin government health department told Reuters.

Around 73% of Germany's population has basic immunisation against the coronavirus, and 49% have a booster shot, according to the Robert Koch Institute.

Federal and state leaders in Germany will discuss on Monday measures to curb the massive increase in coronavirus cases.