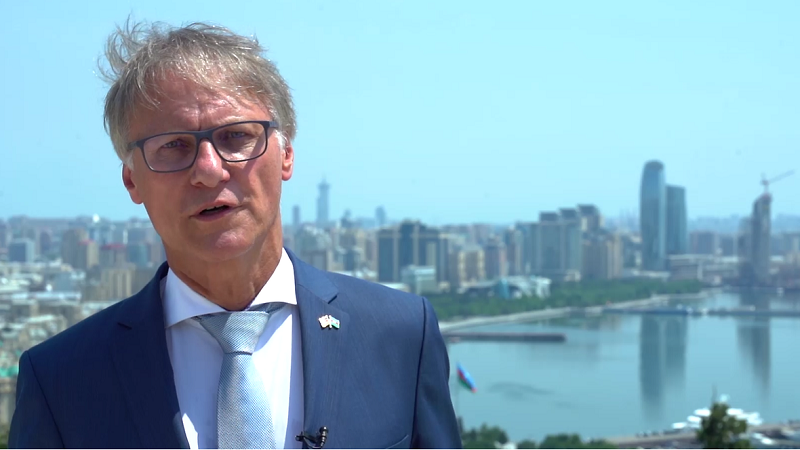 German Ambassador to Baku Wolfgang Manig has expressed condolences to Azerbaijan over the recent fatal helicopter crash in the country.

“On the very saddening occasion of the tragic accident of a border-guard helicopter that caused the death of 14 Azerbaijani servicemen, I want to express my deep condolences to the people of Azerbaijan as well as to the relatives and friends of the victims,” the ambassador tweeted.

A military helicopter belonging to the Azerbaijani State Border Service crashed on Tuesday during a training flight on the Garaheybat air range, killing 14 people and injuring two others on board.