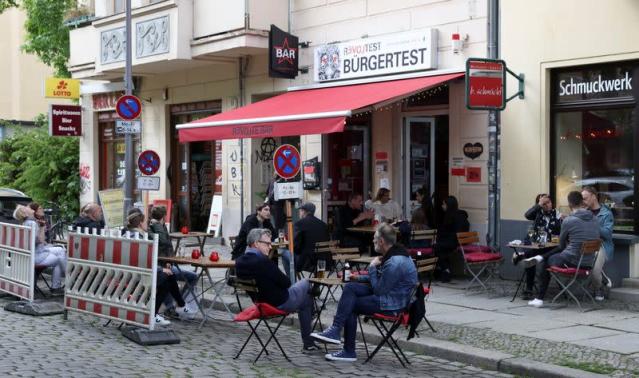 The coronavirus infection rate in Germany has fallen below 50 per 100,000 people for the first time since October, data showed on Wednesday, and the health minister said the country can have a summer of peace from the virus if it keeps pushing it down.

Health Minister Jens Spahn also came out in favor of extending vaccinations to adolescents once regulatory approval is given, although a member of an expert panel voiced caution.

Germany is finally taming a surge in coronavirus cases after stepping up vaccinations and imposing nationwide lockdown measures, now being lifted.

The incidence rate compiled by its disease prevention agency, the Robert Koch Institute, fell to 46.8 per 100,000, though officials said this was partly due to a bank holiday on Monday that reduced the number of cases recorded. Around a month ago the rate was more than three times higher.

After a slow start compared to Britain and the United States, Germany’s vaccination rollout is picking up speed. About 40% of the population of around 83 million people have received at least one dose and about 14% are fully vaccinated.

The question of whether to extend vaccinations to adolescents is expected to come up soon. The European Medicines Agency could endorse Pfizer and BioNTech’s COVID-19 vaccine for children 12-15 years old on Friday when it is due to hold a media briefing. Advocates say that could help reassure parents when school restarts in September.

“When approval is there we will be able to offer vaccinations to children and adolescents 12 years and older gradually, not all at once,” Spahn told broadcaster RTL, adding that all families should be offered an appointment by end-August.

But pediatrics professor Ruediger von Kries, a member of Germany’s advisory vaccine committee Stiko, told regional broadcaster rbb late on Tuesday that its recommendation might be to use the vaccine in children only if they have other risk factors.

“Given uncertainty over risks I cannot foresee for now that there will be a recommendation for general vaccinations” in children, he said, adding that while the vaccine was shown to be effective, “practically nothing” was yet known over any long-term adverse effects in adolescents.

The Robert Koch Institute reported 2,626 new cases - a daily figure substantially lower than other recent figures, partly as a result of the holiday - and 270 new deaths, bringing the overall toll to 87,726.