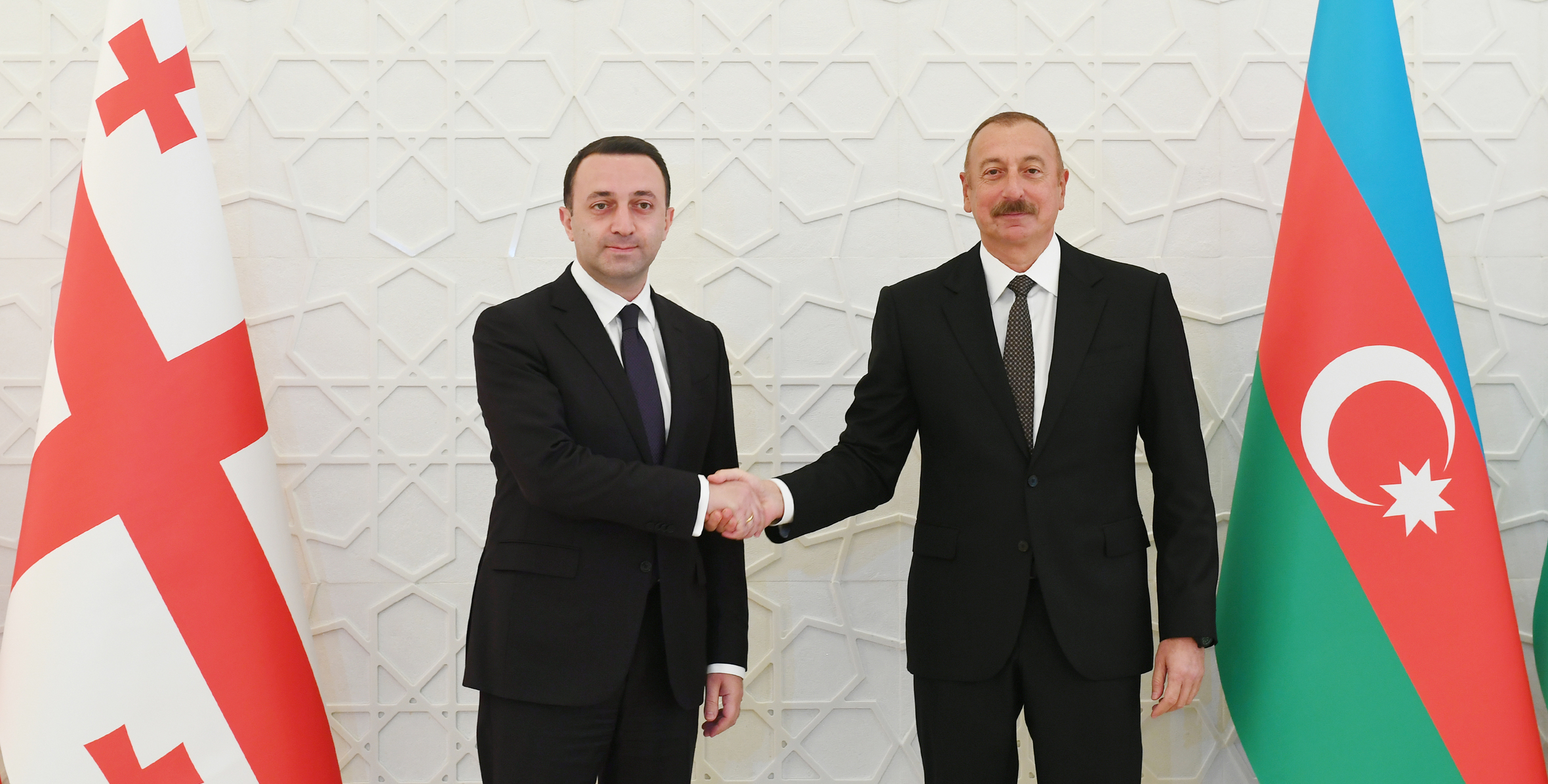 “On behalf of the government and people of Georgia, with great honor I cordially congratulate you on your 60th anniversary. I wish you strength, health and success,” the Georgian PM said in his letter.

“Your contributions and role in building Azerbaijan as a successful state are immeasurable.”

“I would like to emphasize that we appreciate your personal efforts aimed at strengthening and developing Georgian-Azerbaijani relations,” he noted.

Garibashvili stressed that the traditional friendship between the Georgian and Azerbaijani peoples is very valuable for Georgia, describing this as an important factor for the development of good-neighborliness and close partnership between our countries.

“I am firmly convinced that the strategic partnership existing between our countries will always be a strong guarantee of stability, progress and prosperity in the region.”

“I am glad that the high level of our cooperation, especially over the recent period, has laid a solid foundation for our successful joint work in a number of areas of mutual interest,” he said.

“I would like to note with satisfaction that the relations of brotherhood, friendship and partnership between Georgia and Azerbaijan are developing and deepening, and your personal contribution to this cause is great. Once again, I express my gratitude to you for such an exemplary brotherhood. I am confident that our ties will give a new and more powerful impetus to the strengthening of Georgian-Azerbaijani friendship and cooperation, and will ultimately bring prosperity and stability to our countries. Our countries will continue successful cooperation based on centuries-old good-neighborliness and friendship between the Georgian and Azerbaijani peoples.”

“Dear friend, dear Mr. President, let me once again express my sincere respect to you. I wish you prosperity and success in achieving the goals set by you as President of Azerbaijan,” the Georgian PM added.