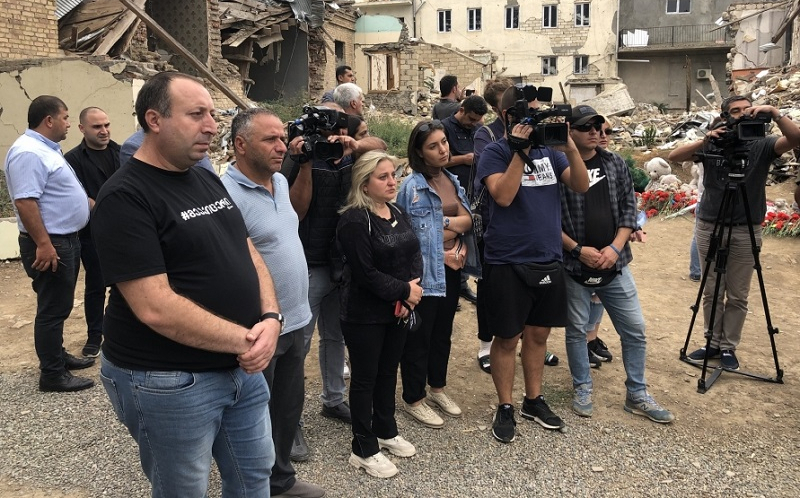 A group of media representatives from Georgia has today visited Azerbaijan’s city of Ganja.

The visit aims to acquaint Georgian journalists with traces of the Armenian reckless missile attack launched late at night on October 11 and 17, 2020, which caused casualties among innocent Azerbaijani civilians.

The guests were informed that Armenia’s missile attack is a blatant violation of norms and principles of international law, 1949 Geneva Conventions and their additional protocols, as well as humanitarian ceasefire achieved in Moscow after Armenia’s own persistent requests. As a result, a large number of innocent Azerbaijani civilians, including women and children were killed and heavily injured.

Armenian deliberate attacks on densely populated areas with “Tochka-U”, “Smerch”, “Scud” and other missiles were aimed at large number of civilian casualties. The deliberate targeting of civilians is considered a crime against humanity.

The journalists have already visited Azerbaijan’s liberated city of Shusha. 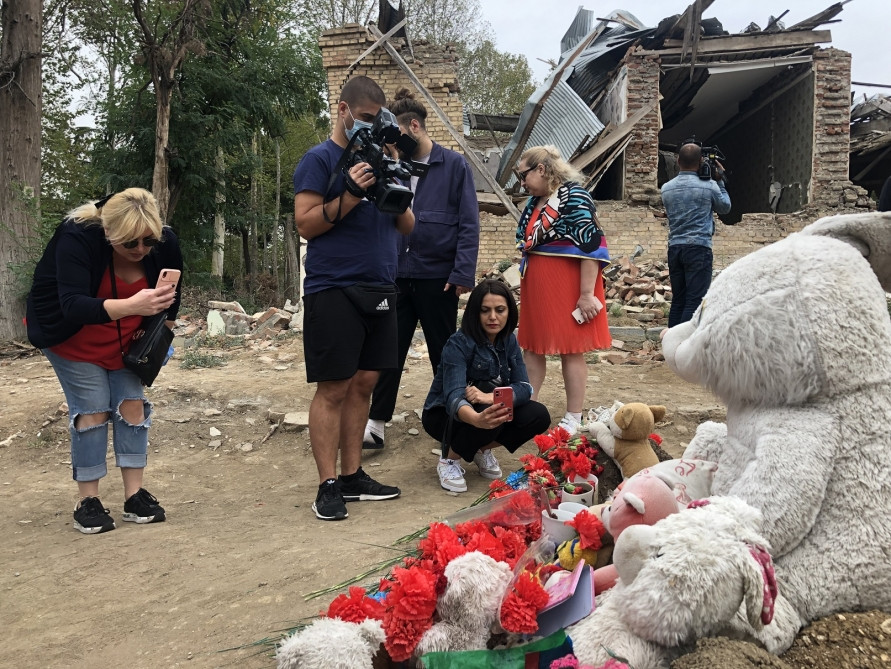 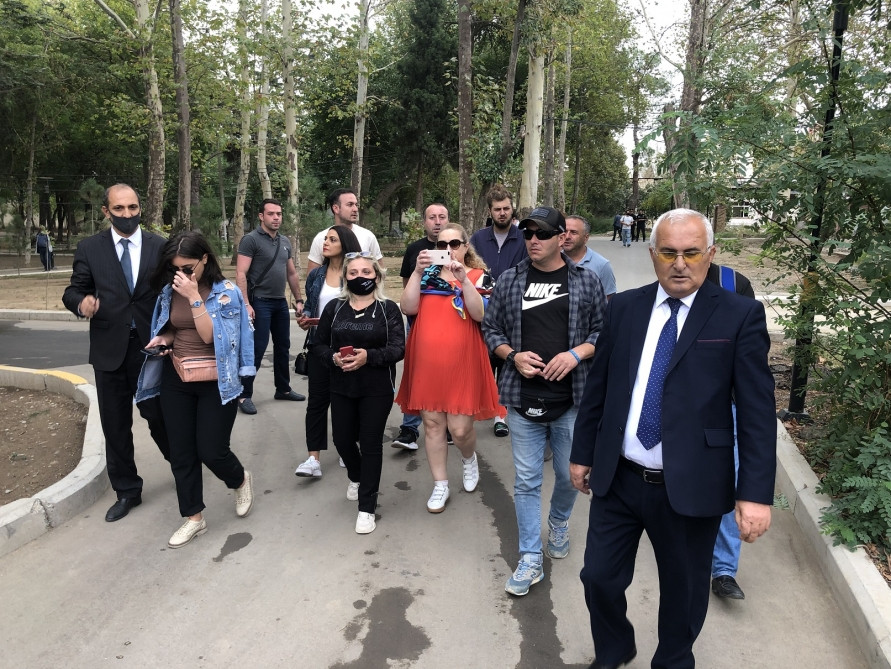 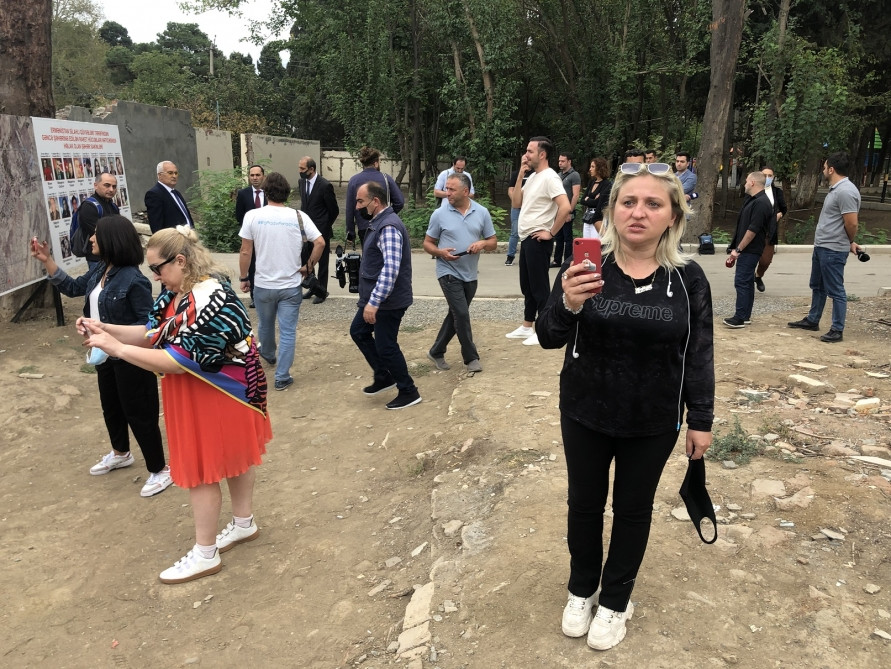