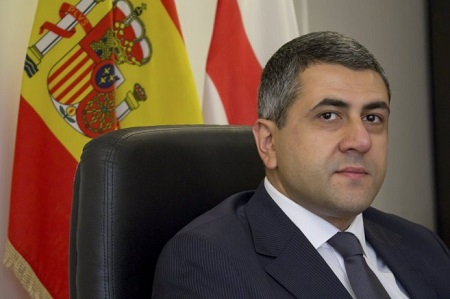 Georgian Zurab Pololikashvili will be the Secretary General of the United Nations World Tourism Organisation (UNWTO) from 2018-2021.

Up to now Pololikashvili served as Resident Representative of Georgia at UNWTO and Ambassador of Georgia to Spain, according to agenda.ge.

Nominating Pololikashvili for the vacant post back in 2016 Kvirikashvili said Pololikashvili fully met the eligibility criteria for assuming the most demanding duties of the General Secretary of the UNWTO.

Competing with Zimbabwe's Tourism Minister Walter Mzembi in the second round of elections today, Pololikashvili received a majority of 18 votes from the UNWTO’s Executive Board comprised of 33 nations.