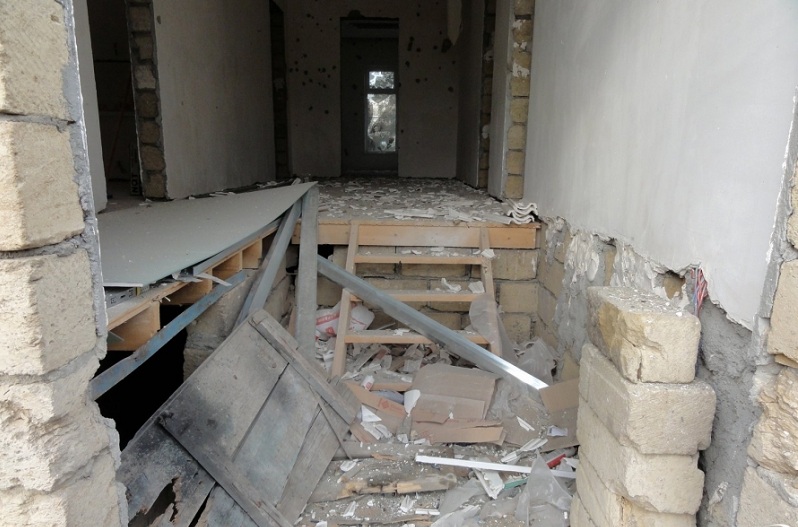 Residents of Azerbaijan’s Aghjabadi city 26-year-old Elshan Ibrahimov and his niece 5-year-old Ayan Ibrahimova were injured as a result of a shell which hit a residential building in the city, Trend reports on Oct. 5 referring to the Azerbaijani General Prosecutor's Office.

Having injuries of various severity, these individuals were transported to the hospital. The house was greatly damaged.

The Armenian armed forces fired three missiles at Aghjabadi city at about 16:00 (GMT+4) on Oct. 5.

At present, employees of the General Prosecutor's Office are carrying out all possible investigative and operational measures in combat conditions.