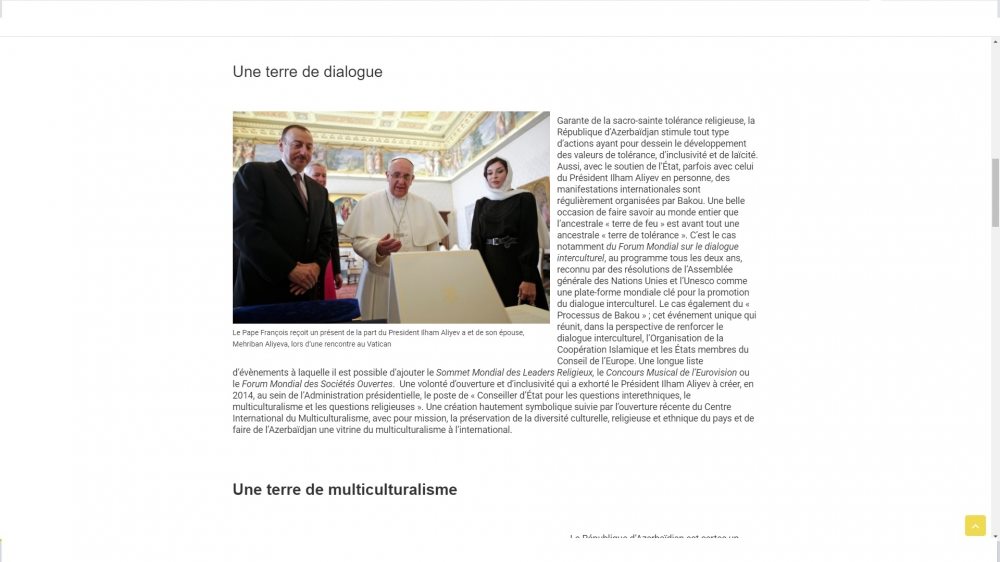 The French news portal Musulmansenfrance.fr has published an article by researcher at the French National Centre for Scientific Research (CNRS), Doctor of the Practical School of Higher Studies (EPHE), specialist in the history of texts and contemporary ideologies Karim Ifrak headlined “Azerbaijan, from “land of fire” to “land of tolerance”.

The article provides an insight into Azerbaijan’s history, its multiethnic, multi-religious and multicultural values. “A multi-faith, multicultural and multi-ethnic country, the Democratic Republic of Azerbaijan has consistently praised, since its proclamation of independence in 1918, its centuries-old tradition of religious tolerance and social inclusiveness. That is why, firmly attached to these fine values, the present Republic of Azerbaijan is above all a space of tolerance, inclusiveness and pluralism,” the article says. 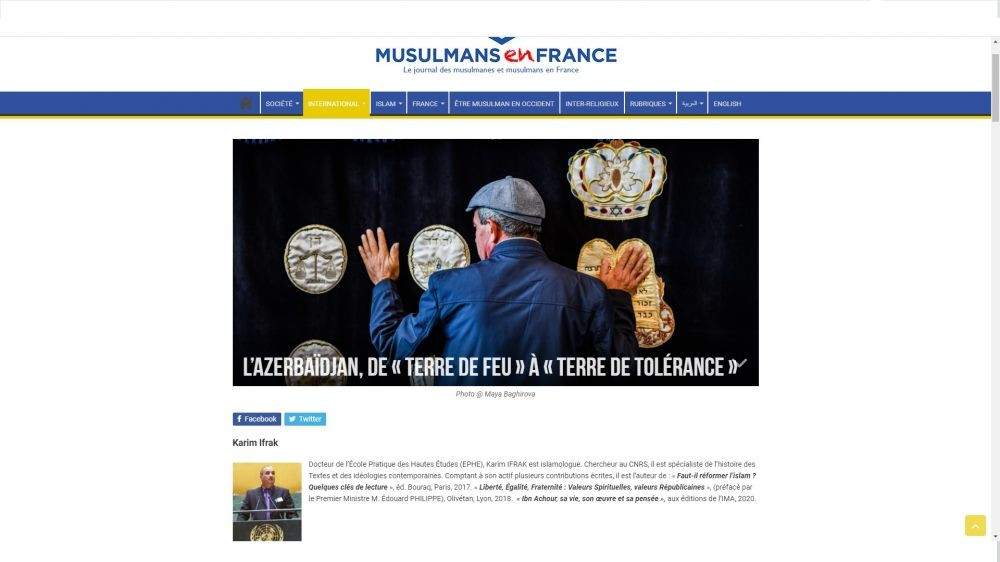 “Guarantor of sacrosanct religious tolerance, the Republic of Azerbaijan stimulates all types of actions aimed at developing the values of tolerance, inclusiveness and secularism. Also, with the support of the state, sometimes with that of President Ilham Aliyev in person, international events are regularly organized by Baku. A great opportunity to let the whole world know that the ancestral “land of fire” is above all an ancestral “land of tolerance”. This is particularly the case of the World Forum on Intercultural Dialogue, on the program every two years, recognized by resolutions of the United Nations General Assembly and UNESCO as a key global platform for the promotion of intercultural dialogue. The case also of the “Baku Process”; this unique event which brings together, with a view to strengthening intercultural dialogue, the Organization for Islamic Cooperation and the member states of the Council of Europe. A long list of events to which you can add the World Summit of Religious Leaders, the Eurovision Song Contest or the World Forum of Open Societies,” the article mentions.

The article also hails the activity of the Baku International Center for Multiculturalism saying the Center whose mission is to preserve the cultural, religious and ethnic diversity of the country makes Azerbaijan a showcase for multiculturalism internationally. 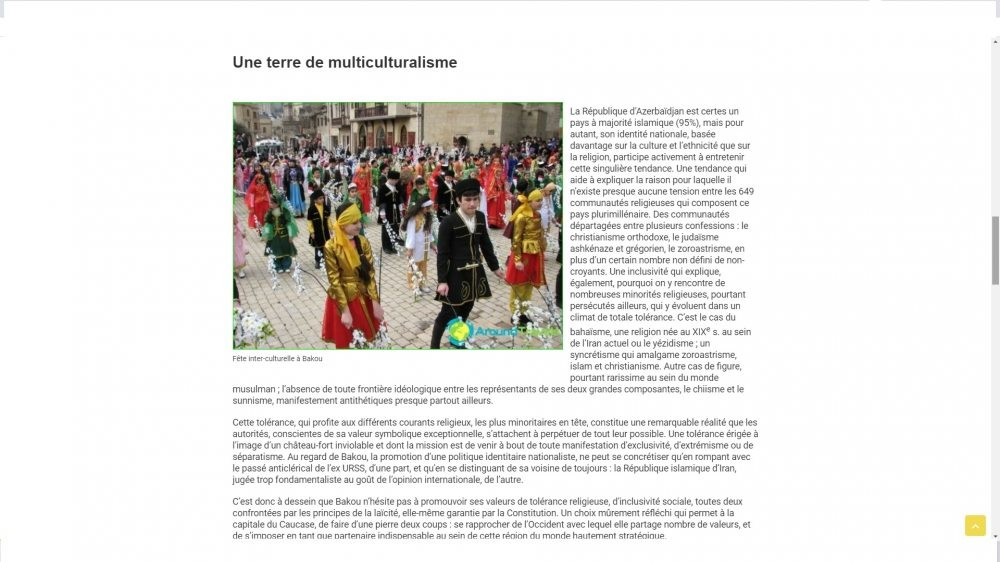