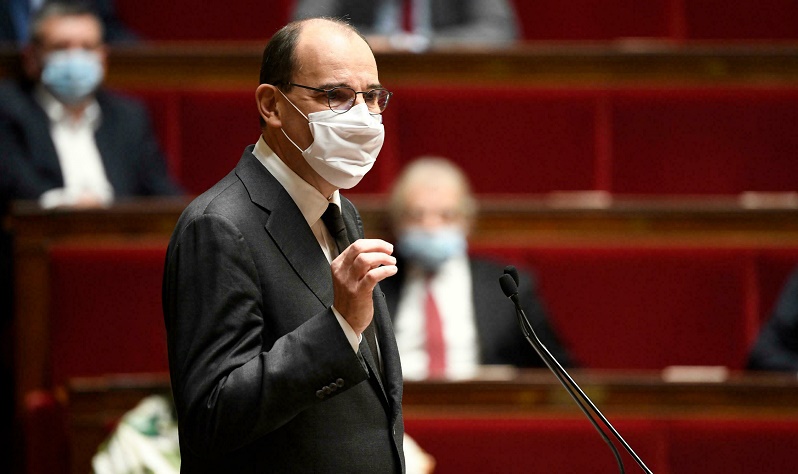 French Prime Minister Jean Castex said Thursday that he hopes the vaccination pass bill will enter into effect on Jan. 15 as the parliament adopted the first reading of the draft bill, Xinhua reports.

Speaking to French news BFMTV-RMC, Castex said the draft bill, transforming the health pass to a COVID-19 vaccination pass, was passed in the lower house of the parliament with 214 votes against 93 on Thursday morning.

"It is a good thing, not only for the government but also for the country and for the French people," Castex told BMFTV-RMC.

"We are hoping for the 15th, but it doesn't depend only on me and the government, the text must now pass to the Senate," he said.

According to him, the Senate will examine the draft bill in a plenary session next week.

With the future vaccination pass, negative COVID-19 tests will no longer be valid to gain access to social venues.

French Health Minister Olivier Veran has said that in order to keep the health pass validated, the delay between the second vaccine dose and the booster dose is going to be four months maximum, starting from Feb. 15.

Those having a valid health pass after receiving two doses of Chinese vaccines and one dose of mRNA vaccine will also need a booster shot.

France on Wednesday reported 332,252 new cases in a 24-hour span, the highest daily record since the outbreak of the pandemic in the country.