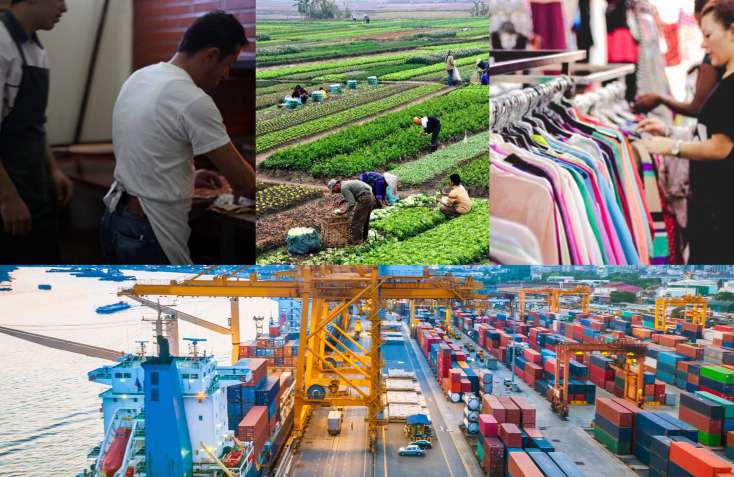 As a result of the effective economic policy pursued by Azerbaijan after gaining independence, a sustainable and stable economic system has been formed in the country, high achievements have been made in all sectors of the economy, and the share of the private sector in the economy has significantly increased.

The free market provided by the state stimulates the development of entrepreneurship in the country and gives it a wide field. At the same time, the degree of transparency created for the environment for foreign investors in the country is one of the main indicators of economic development.

Speaking about free enterprise in Azerbaijan, it is necessary to emphasize the importance of the "Small and Medium Business Friend" ("SMB Friend") program implemented by the Small and Medium Business Development Agency of the Republic of Azerbaijan in the regions, established by the Decree of President Ilham Aliyev dated December 28, 2017. SMB Friend is with entrepreneurs to help them grow their businesses.

Large-scale measures are being taken to restore the territories of the Republic of Azerbaijan liberated from Armenian occupation, rapid integration into the national economy, sustainable development, construction of the most modern infrastructure, restoration of cultural and historical monuments and creation of decent living conditions.

The liberated territories have a rich economic potential and are rich in various types of materials of industrial and construction importance. The favorable business environment to be created in these areas, the formation of micro, small and medium enterprises will give a major impetus to the dynamic development of the non-oil sector. Based on all these facts, it can be said that there are enough raw materials and energy resources in these areas to create a wide network of businesses in various forms of ownership.

Development and implementation of complex legal, organizational-economic, technical-technological, social, ecological and other measures for the organization, management and development of entrepreneurship in the liberated territories that meet the requirements of modern times, reflect the best international practices and are based on a systematic approach it is necessary to hold.

The article focuses on the free entrepreneurship and a liberal economy