France keeps using colonial methods to realize its political ambitions under the guise of modernity: OPINION 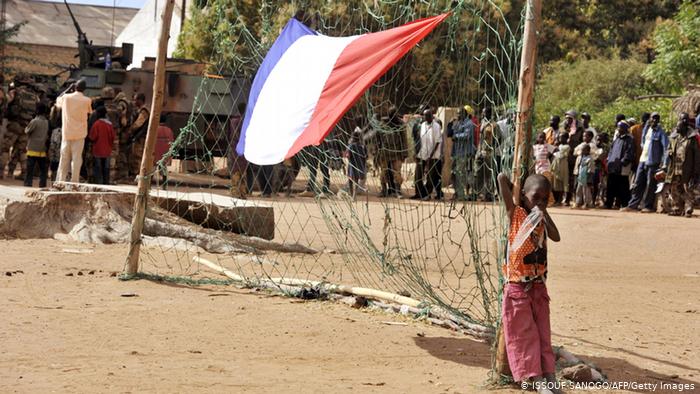 Local and world media outlets have recently reported that French President Emmannuel Macron, who does not want Libya to be turned into Syria in the future, had complained to the United States and NATO over Turkey’s “illegal” policy in Libya. Such reports were surprising and ridiculous.

Thus, the French political system, which is still guided by the principles of neo-colonialism and once benefited from Gaddafi’s money, is one of the main masterminds (in my opinion, the real mastermind) behind the ongoing chaos in Libya.

It is no coincidence that in January 2019, Italian Deputy Prime Minister Luigi Di Maio (the current foreign minister) made a statement that could be a sensation for Europe, accusing France of impoverishing Africa.

“The European Union should sanction all those countries, like France, that are impoverishing African countries and obliging those people to leave,” said the Italian diplomat, stressing that the place for African people is Africa and not at the bottom of the Mediterranean Sea. Di Maio said France was manipulating the economies of 14 African countries that use the CFA franc, a currency underwritten by the French Treasury and pegged to the Euro.

Such a statement by the top Italian diplomat, who triggered a diplomatic scandal, should be surprising. Thus, migrants from Africa, especially from Libya, which is dragged into chaos, first of all go to Italy, the nearest European country. Most of the migrants fleeing to Europe are residents of former French colonies.

Although the COVID-19 pandemic is bringing the world economy to its knees, it has also revealed a number of realities and true intentions. It was not surprising that during a televised debate on coronavirus vaccines in France, a French doctor had suggested trials in Africa ‘without masks, treatments and resuscitation.”

Unfortunately, France, which has contributed greatly to the development of science and culture all over the world, keeps pursuing a policy contrary to the ideas of the French enlighteners, who had promoted humanism and human values during the colonial period. The serious consequences of colonialism can still be seen in Africa today. Thus, the world history is full of mysterious deaths and coups d'état of leaders who opposed France’s interests in Africa, even after independence.

Since 1963, twenty-two heads of state and government in Africa have been assassinated for threatening France’s interests. For example, the assassinations of the former president of Burkina Faso, Thomas Sankara, known as "Africa's Che Guevara", as well as Cameroonian revolutionary Ruben Um Nyobè, the former Comorian leaders Ali Soilih and Ahmed Abdallah Abderemane, etc.

It is no secret that France had backed President Juvénal Habyarimana during the 1994 genocide in Rwanda. Habyarimana’s mysterious assassination and Rwandan President Kagame’s accusing Paris of the genocide indirectly reconfirm this fact. If Habyarimana was not assassinated, he would probably have clarified many questions. We are once again witnessing that in its former colonies, France had mainly acted based on the Stalin’s famous phrase “If there is no man, there is no problem”.

The African continent is very rich in natural resources. Africa’s natural resources have played an undeniable role in the development and recovery of the French economy in the period of colonialism, especially on the eve of and after the First and Second World Wars.

Today, poverty, unemployment, migration, controlled chaos, and the French language are the only things that France, in exchange for appropriating Africa's natural resources at a lower price than the market price, provides. There is no need to touch upon the disasters that migrants face in the Mediterranean. The deliberate sinking of migrant ships need to be studied separately.

All this shows that today France keeps using colonial methods to realize its political ambitions under the guise of modernity. The problem of Mayotte, a French overseas department, faced by the Comoro Islands, is now one of the hardest legacies of colonialism in Africa. Having used its veto power, France, a permanent member of the UN Security Council, opposed a lasting solution to the problem of Mayotte, which belongs to the Comoro Island. Paris still ignores UN’s about 20 resolutions criticizing France’s annexation of the island. The referendums held unilaterally by France on the island were also unrecognized by the UN.

The problem of Mayotte is a clear manifestation of France’s Africa heritage and Paris’ disrespect for international law. Although France has changed its colonial methods, however, its purpose remains unchanged. The purpose is the same as the Italian diplomat mentioned.

A while ago, I read with regret the article published by 1news.Az website on June 22. The article tells about the “services” of Jean-Bernard Mérimée, the former permanent representative of France to the UN, during the adoption of UN Security Council Resolution 822. The resolution text, which was drafted quite harshly, had been significantly softened as a result of the efforts of France, one of the co-chairs of the OSCE Minsk Group.

Isn't it ridiculous that a state that has committed an acts of genocide against others and teach every a lesson, requires adherence to democratic values?