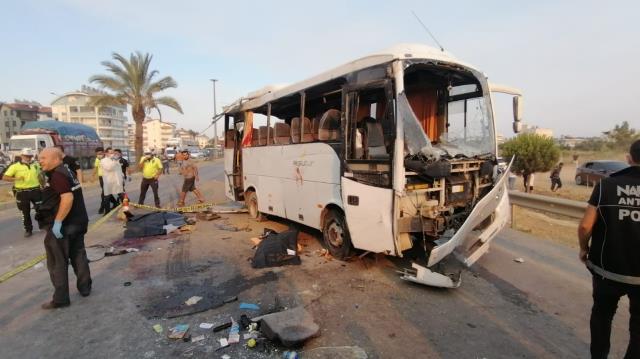 At least four Russian tourists were killed in a road accident in Turkey on Monday, the press service of the Intourist tour operator told TASS.

"For now, we have information about four deaths," an official representative of the tour operator said. The tour operator also said that according to updated reports, 16 injured passengers were in four hospitals. According to Intourist, all Russian tourists, injured in the road accident with a bus carrying tourists, were from the Samara Region.

Meanwhile, the Russian Consulate General in Antalya said that at least three Russian nationals had been killed and five injured in the bus accident near the resort city of Manavgat, Antalya Province, in the south of Turkey.

"At about 18:00 local time (same time in Moscow) a road accident occurred involving a bus carrying a group of 22 Russian tourists to the airport after their holiday in Antalya," the source told TASS.

"Three Russians were killed as a result of the road accident, and five received serious injuries. Two of them are in the intensive care unit. All the injured people were taken to local hospitals for first aid and additional examination. An employee from the Consulate General left for the site to clarify the situation and the circumstances of the road accident," he said.

"According to early reports by the road police, the driver lost control of the bus, the vehicle crossed the dividing stripe, drove into the oncoming lane and turned over," the Russian mission said.