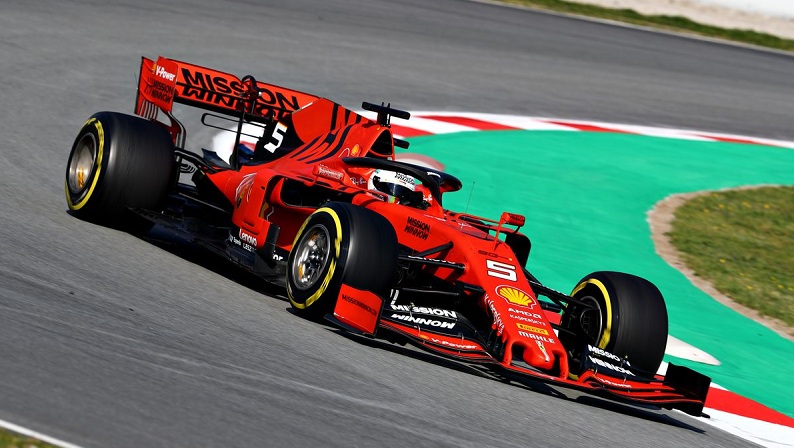 Four Grand Prix races, in Turkey, Bahrain (two) and Abu Dhabi, have been added to the 2020 Formula One calendar, but the postponed Chinese GP has been cancelled, F1 organizers announced Tuesday, according to AFP.

The addition of the four races and cutting of the Chinese Grand Prix brings the race total to 17 for the season.

"We can confirm that Turkey, Bahrain (hosting two races), and Abu Dhabi will be part of the revised season and want to express our thanks to the hard work of all our promoters and partners in making this 17-race season possible," organizers said in a statement.

Formula One returns to Turkey for the first time since 2011, with the Turkish Grand Prix to be run at Istanbul Park on November 15.

That is followed by a back-to-back doubleheader in Bahrain, with the Bahrain Grand Prix on November 26 and the Sakhir Grand Prix on December 6.

The season-concluding Abu Dhabi Grand Prix will take place at the Yas Marina Circuit on December 13.

Formula One organizers added that "a number of races in the revised 2020 season will be open to a limited number of fans, including hospitality, and we are working with each promoter to finalize the details".

"While we want to see as many fans as possible return as soon as it is safe to do so, our priority remains the safety of the Formula 1 community and the communities we visit, and we review fan access on this basis.

"Due to the ongoing fluidity of the COVID-19 pandemic, we continue to maintain a close dialogue with all promoters and local authorities to ensure we operate in the safest way possible and monitor each national situation closely – including travel restrictions and local health procedures."

Chase Carey, chairman and CEO of Formula 1, said this year had "presented Formula 1 and the world with an unprecedented challenge".

"While we are all disappointed that we have not been able to return to some of our planned races this year we are confident our season has started well and will continue to deliver plenty of excitement with traditional, as well as new, races that will entertain all our fans."