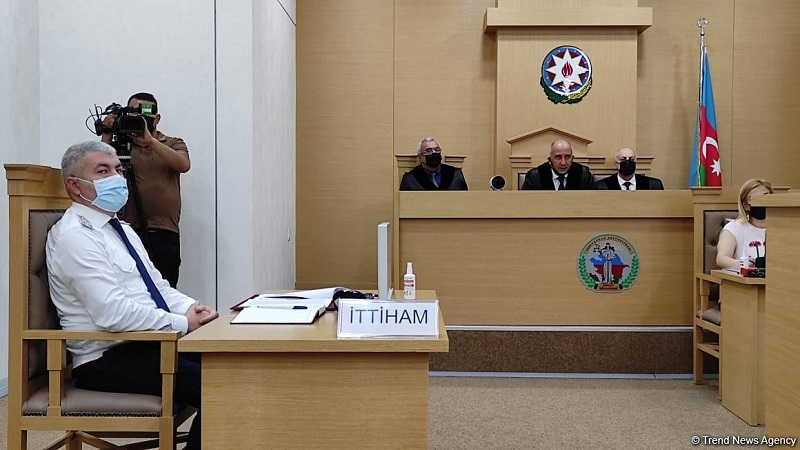 Kazimov made the remark at the trial on the criminal case of Armenian war criminals Ludwig Mkrtychyan and Alyosha Khosrovyan, who tortured Azerbaijani captives during the first Armenia-Azerbaijan Nagorno-Karabakh war and committed other crimes.

The former Azerbaijani captive said that he was drafted into the army in 1992 and began serving in the battalion of Azerbaijani National Hero Aliyar Aliyev in Gubadli district.

"I had a head injury and was taken hostage in 1993,” Kazimov said.” I was taken to the Shusha prison. There they learned that I was from Sumgayit and began to severely torture me for the Sumgayit events."

“I was beaten until I lost consciousness, then I was taken to a hospital in Khankendi and returned to the Shusha prison,” the former Azerbaijani captive said. “Mkrtychyan and Khosrovyan beat me with rebar. They beat an Azerbaijani captive named Sardar to death in 1994. We were forced to chop wood. They wanted to kill me."

While answering the questions of the prosecutor, Kazimov said that he had been in captivity for a year and nine months and was tortured almost constantly.

"I was tortured in Shusha prison,” he said. “Mkrtychyan and Khosrovyan were terrorists. Mkrtychyan, knowing that I was from Sumgayit, tortured me with particular cruelty. They starved me. There was an opening ceremony of a monument to an Armenian citizen in Shusha city.”

“During the opening ceremony, the Armenians began to beat us in the presence of children and adolescents,” Kazimov added. “They also brought 13-14-year-old Armenians, telling them to torture us. They got hit in my legs and kidneys. Mkrtychyan forced us to eat soil in Shusha."