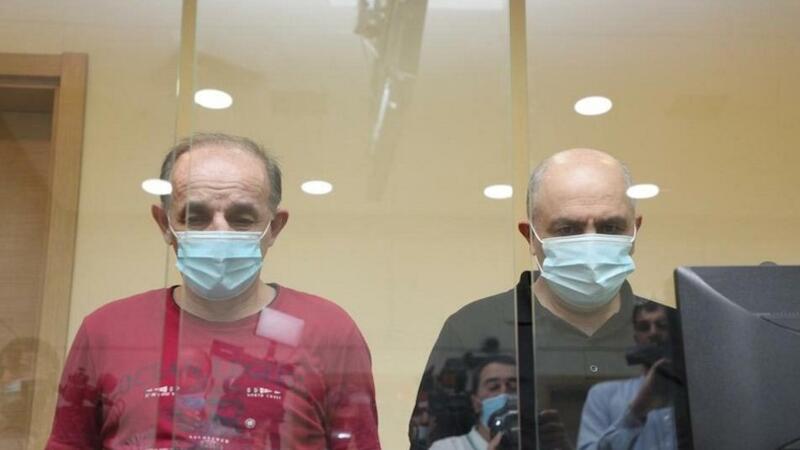 Armenian serviceman Ludwig Mkrtychyan was one of those who instructed the individuals who organized the terrorist attack in the Baku metro, said former Azerbaijani captive Zahid Hasanov.

He made the remarks at the trial in Baku on the criminal case against Alyosha Khosrovyan and Ludwig Mkrtychyan, who tortured Azerbaijani captives.

Hasanov noted that Azer Aslanov was in Armenian captivity with him in 1994.

The former captive said that there were four people in Armenian captivity in Khankendi this year.

"Sergei, Azer Aslanov, another captive and me were kept in one place,” Hasanov said. “Then five or six Armenians, including Khosrovyan, came and began to beat us. Then Azer Aslanov was taken away to clean the commander's office. Two hours later he returned. Then the Armenians took him away again. The Armenian special services took him away to give instructions.”

“One of the instructors in Samvel Babayan's office was Mkrtychyan,” he noted. “The conversation lasted more than an hour, then he was released. Then the Armenians said that the office would be cleaned by Sergei rather than Azer.”

“Then it became clear that they had bribed Azer,” Hasanov added. “Afterwards, Azer ate whatever he wanted. In general, he sold himself to the Armenians. Azer Aslanov returned from captivity in the same year and organized an explosion in the Baku metro. After returning from captivity, I learned that Sergei had been shot."