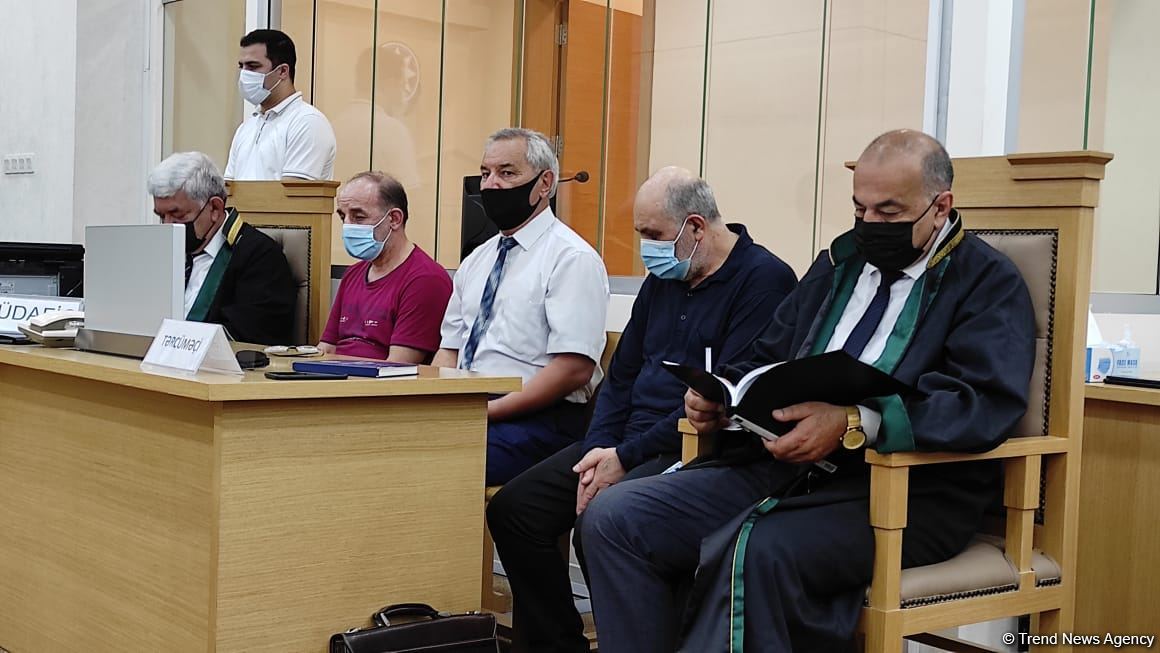 Former Azerbaijani captive Elshan Islamov has given testimony at the court session on the criminal case of the Armenian servicemen Ludwig Mkrtychyan and Alyosha Khosrovyan, who tortured Azerbaijani captives during the first Karabakh war.

"Ludwig Mkrtychyan subjected me to such tortures that I still cannot forget them," said Islamov.

“When the Armenians wanted to shoot me, I was glad that I would get rid of these torments. I was drafted into the army in 1997 and was taken prisoner the same year. I was at the post in the Gadabay district, when an Armenian intelligence officer, coming up from behind, stunned me and took me prisoner. In 1999, I was in the Yerevan prison, when I was taken to another place, where Ludwig Mkrtychyan came and began talking to me. He said that my name and surname had been changed, that I would stay in Yerevan, start a family, take Armenian citizenship and fight against Azerbaijanis," said Islamov.

"He said that all conditions would be created for me in Armenia, but I refused, and because of this Mkrtychyan began to torture me. I am an artist by profession, and they gave me a piece of paper to draw an Armenian officer. I drew, but after that they began to beat me with a belt,” the former captive said.

“It was winter, I was handed over to Armenian soldiers. The soldiers tied my hands, doused me with gasoline, put a can of gasoline under my head and prepared to burn me alive. At this time, an order came so that they would not burn me. The beatings began again, then they put me in a car, fed me and started beating me again, and thus they brought me to the village. When I got out of the car I was hit in the head and passed out.”

“When I woke up, I saw that I was in the Shusha prison. There were many wounded Azerbaijanis in the prison. One had his eyes gouged out. They said he was captured in 1992. The concrete floor was poured over with water, and we slept there. We were given 3 minutes to go to the toilet, and if it took longer, we'd get beat again, mercilessly. Once we were visited by a representative of the International Committee of the Red Cross and, seeing that we had nowhere to sleep, it was ordered that we be given mattresses and blankets. After he left, the blankets and mattresses were taken away from us,” Islamov added.

Islamov further said that in Shusha prison he was tortured by Ludwig Mkrtychyan.

“Mkrtychyan tortured me, he pulled out my teeth. I don't know Alyosha Khosrovyan,” Islamov concluded.