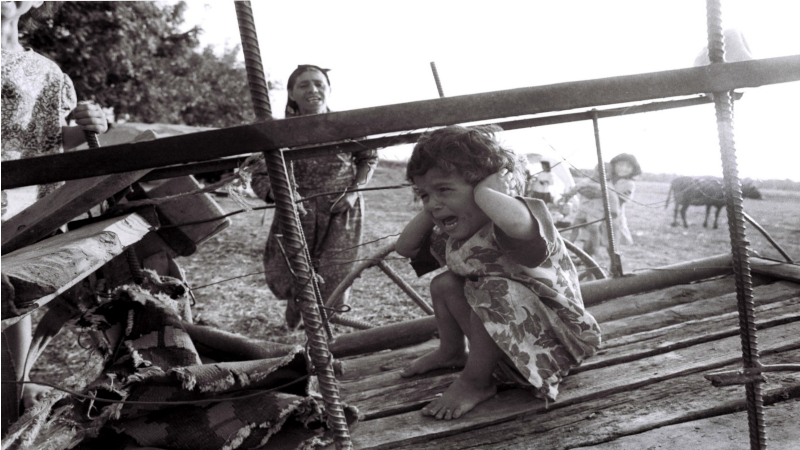 Medium, an online publishing platform, has published an article, entitled “Refugees and IDPs: Talking the Talk, Walking the Walk”.

The vulnerability of the human species that the COVID-19 pandemic has so ruthlessly exposed vividly demonstrates the primordial importance of creating a more caring, inclusive, tolerant and equal world, where no one is left behind.

Now more than ever increased global understanding and compassion is needed for the ongoing suffering of millions of fellow humans who were forced out of their homes and lands.

Every two seconds, one person is displaced!

Last few years have witnessed a colossal increase in refugee/IDP numbers. In 2019 alone, 11 million people were forced to flee their homes due to conflict or persecution.

How to tackle this true humanitarian catastrophe? Answers seem to be nowhere in sight, and the issue is being passed back and forth by politicians and governments with many refusing to take responsibility and others ordering fences and tear gas to keep out the desperate refugees. Perhaps looking at how one small secular majority-Muslim nation navigated similar treacherous times not so long ago may offer insight into a path forward for many others.

My country Azerbaijan is very familiar with the tragedy and challenge of forcibly displaced people. The UN-condemned illegal military invasion and ethnic cleansing of around 20 percent of Azerbaijan’s sovereign territory by neighboring Armenia in the early 1990s led to hundreds of thousands of Azerbaijanis being forced to flee their homes and lands.

The first victims of the aggression against Azerbaijan were over 250,000 Azerbaijanis who were expelled from their ancestral lands in Armenia in 1988–1991. Fleeing the government-sanctioned massive intimidation campaign and anti-Azerbaijani pogroms that claimed hundreds of civilians, almost all of the 250,000 Azerbaijanis were sheltered in the Republic of Azerbaijan, becoming refugees.

The next victims of the aggression were Azerbaijanis who were subjected to ethnic cleansing as a result of invasion and occupation of Azerbaijan’s Nagorno-Karabakh region and seven surrounding districts. Over 800,000 Azerbaijanis were forced to flee the invasion and massacres by Armenian troops, becoming IDPs scattered across the rest of Azerbaijan and living in tent camps. With both refugees and IDPs, over one million Azerbaijanis became forcibly displaced. Azerbaijan now has one of the highest numbers of IDPs per capita in the world.

In addition to refugees and IDPs, Azerbaijan also sheltered around 50,000 Ahiska Turks from Central Asia.

While struggling with war, economic collapse and the political turmoil of independence from the Soviet Union, Azerbaijan also faced the enormous challenges in dealing with the burden of so much suffering.

Humanitarian aid from the international community was welcome but not enough: the IDPs took shelter in enormous tent camps without electricity, running water, schools, or adequate medical services.

The refugees/IDPs included hundreds of thousands of children — a whole generation of Azerbaijan’s citizens — with their childhoods ruined, dreams shattered and opportunities lost. But rather than turn its back, the government, little by little committed to taking care of those most in need. First came improved housing and food, greater coordination with the international aid organizations, then as the country’s fortunes improved, so did those of the forcibly displaced.

Things have come a long way since the trauma of the 1990s. Under the leadership of President Ilham Aliyev and First Vice President Mehriban Aliyeva, tremendous work has been undertaken to protect and provide for Azerbaijan’s forcibly displaced population.

The last tent camp in Azerbaijan was closed in 2007, and the government has built 111 modern settlements, housing hundreds of thousands of IDPs, with all necessary utilities, along with schools, hospitals and other services so that everyone can have the standard of living they deserve. All refugees from Armenia and Central Asia were granted Azerbaijani citizenship, which enabled them the same rights as all other citizens of the country.

Also via its International Development Agency AIDA, Azerbaijan has been rendering humanitarian assistance to refugees from Yemen to Burundi to Syria.

One of the 111 modern settlements built by the Government of Azerbaijan for IDPs. Source: http://idp.gov.az/en/

The lesson, which Azerbaijan learnt in coping with its humanitarian crisis, has been quite simple: no matter the size of the burden, we must always take it on with compassion and determination. Those fleeing from war in Afghanistan, Central African Republic or Myanmar, like the ones in Azerbaijan three decades ago, lost everything: their homes, their jobs, their dreams of a stable and ordered life.

Lacking resources and experience, Azerbaijan was still determined to accept those who had been forced to flee, no matter the cost.

The last and most important piece in this global debate is the need to resolve these conflicts in order to save lives and preempt humanitarian tragedies. As is the case in my country, where IDPs still dream of returning to their lands once the conflict is resolved and occupation ended. Most importantly, they have not abandoned their hope — hope for durable peace, hope for their future and the future of their children in their own homes and lands.

June 20 is observed every year as the World Refugee Day. And each year on this Day, we see many beautifully worded statements about the need to help the forcibly displaced, albeit with little action that follows. The lesson of Azerbaijan shows that we need to talk the talk and walk the walk. This lesson can be an inspiration to many other countries: it shows that even when times are hard, we can — and should — still help the forcibly displaced fellow humans. Let us hope that the governments around the globe heed this lesson, and work together to alleviate the suffering and plight of those less fortunate.