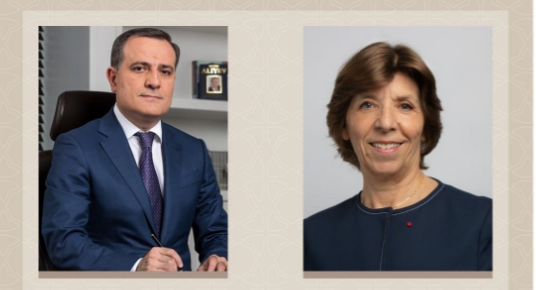 Bayramov noted that Armenia did not fulfill its obligations assumed in the post-conflict period, resorted to military-political provocations breaching the tripartite statements and agreements reached between the leaders of Russia, Azerbaijan and Armenia. The minister added that a large number of Azerbaijani servicemen were killed as a result of another large-scale military aggression by Armenia on September 12-13. He also pointed out that the Armenian military units were not completely withdrawn from the territory of Azerbaijan. It is important for Armenia to abandon its aggressive policy, said Bayramov.

Catherine Colonna noted that France is deeply concerned about the tension in the region. She believes that it is important to continue the process of normalizing relations between Azerbaijan and Armenia and solve problems at the political and diplomatic level.