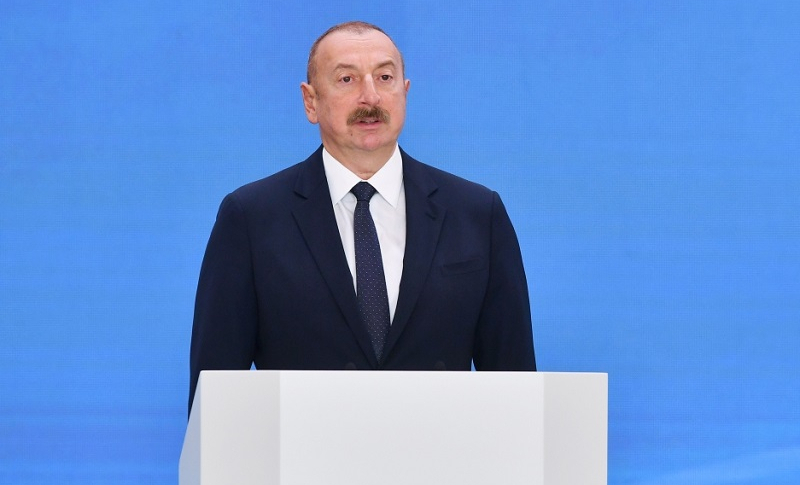 The reforms carried out in Azerbaijan in recent years, including the energy sector, the good investment climate, the successful development of the country, the stability, peace and security – all these factors have played an important role for every investor, President Ilham Aliyev said on Thursday.

The head of state made the remarks at a groundbreaking ceremony for the “Khizi-Absheron” Wind Power Plant to be built in Azerbaijan, News.Az reports.

He said that foreign investment is protected in Azerbaijan at the highest level.

“Foreign investors are well aware that our word is as valuable as our signature,” President Aliyev emphasized.

“The Contract of the Century signed in this magnificent Gulustan Palace in 1994 has been implemented for many years, and not a single word, not even a comma, has been changed in that contract. Our attitude to all other contracts and agreements with major foreign companies is similar. Therefore, $10 billion has been invested in Azerbaijan. This investment continues,” the Azerbaijani leader added.