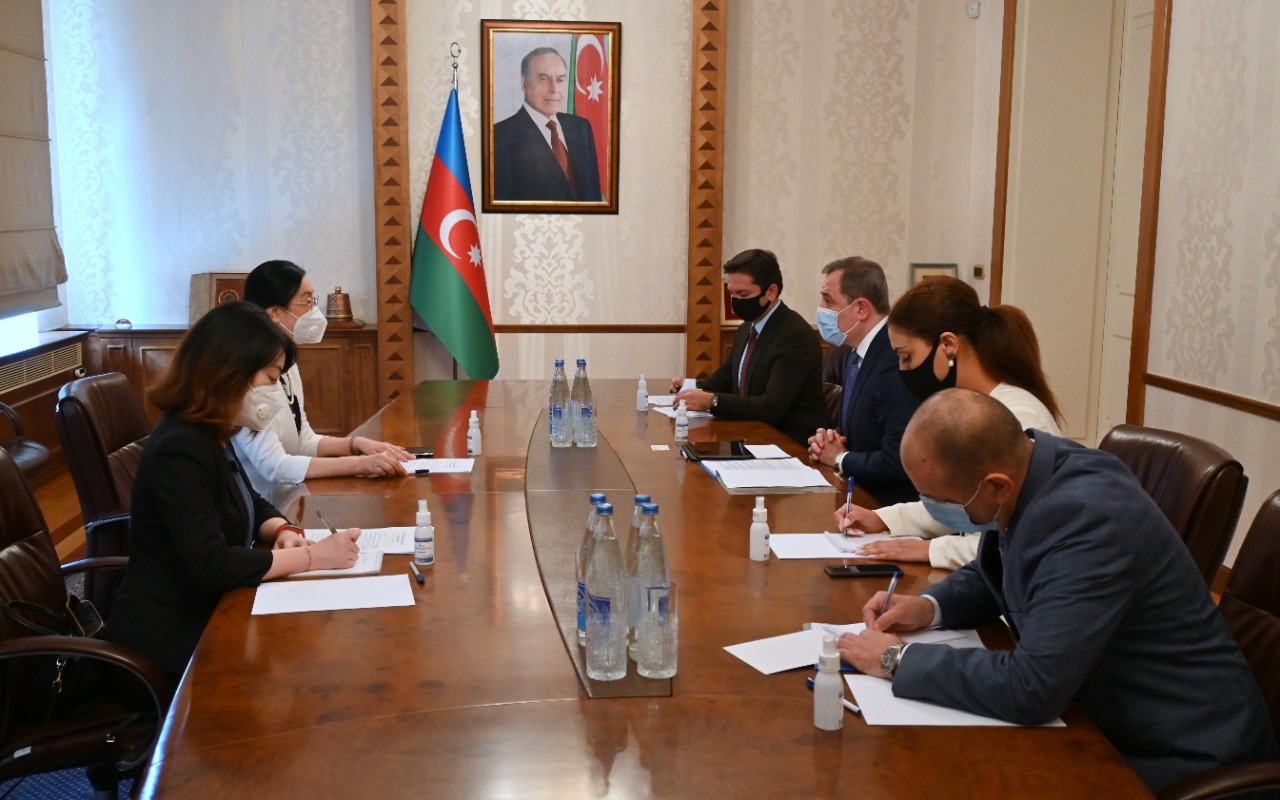 Minister Jeyhun Bayramov noted that there is a high-level political dialogue between Azerbaijan and China based on mutual understanding and trust. Speaking about the relations between the two countries, the Minister expressed satisfaction with the development of relations between Azerbaijan and China in the political, economic, trade, humanitarian, health and education spheres.

The sides exchanged views on further expansion of cooperation in bilateral and multilateral formats, as well as within international organizations.

It was noted that the visits at the level of heads of state gave impetus to the development of relations between the two countries.

The principled position of the sides on respect for the sovereignty and territorial integrity of the states was underlined.

Informing his interlocutor about the Armenia-Azerbaijan Nagorno-Karabakh conflict, the Minister spoke about the pre-planned provocation by the Armenian armed forces in the direction of the Tovuz district of the Azerbaijan-Armenia border on July 12, 2020. He said that this provocation served the military-political goals of Armenia and aimed to hinder substantive talks on the settlement of the conflict.

During the meeting, the Ambassador stressed China's firm position on respect for the sovereignty and territorial integrity of the Republic of Azerbaijan.

Ambassador noted that China highly appreciates Azerbaijan's activities during its chairmanship of the Non-Aligned Movement, especially a number of global initiatives put forward by the President of the Republic of Azerbaijan in connection with the pandemic.

The sides also stressed the importance of international cooperation and solidarity amid the fight with the COVID-19 pandemic. Emphasizing the technical support provided by China, the Minister noted that it is a clear example of commitment to the traditions of friendship between the peoples of Azerbaijan and China, and expressed gratitude for the support and solidarity shown in these difficult times.

At the meeting, also the discussions were held on other issues of mutual interest.