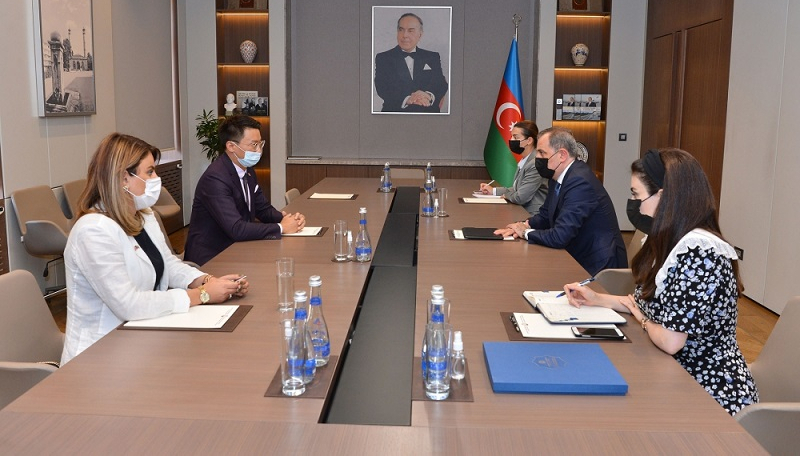 Azerbaijan`s Minister of Foreign Affairs Jeyhun Bayramov has met with Head of British Council Delegation in Azerbaijan Samr Shah upon the termination of his term in the country, the Foreign Ministry told News.Az.

Noting that Azerbaijan attaches importance to cooperation with the British Council, Minister Jeyhun Bayramov expressed appreciation for the projects implemented in the fields of education and culture by the British Council, which has been operating in the country for 28 years.

FM Bayramov wished Samr Shah success in his future endeavors and noted that he worked at a historic time for Azerbaijan, and also expressed confidence in the beneficial and fruitful cooperation with the new head of the British Council in Azerbaijan.

Samr Shah spoke with satisfaction about the work done together with the team at the Council during his term in Azerbaijan and shared his fond memories in this regard.

The parties discussed other issues of mutual interest.