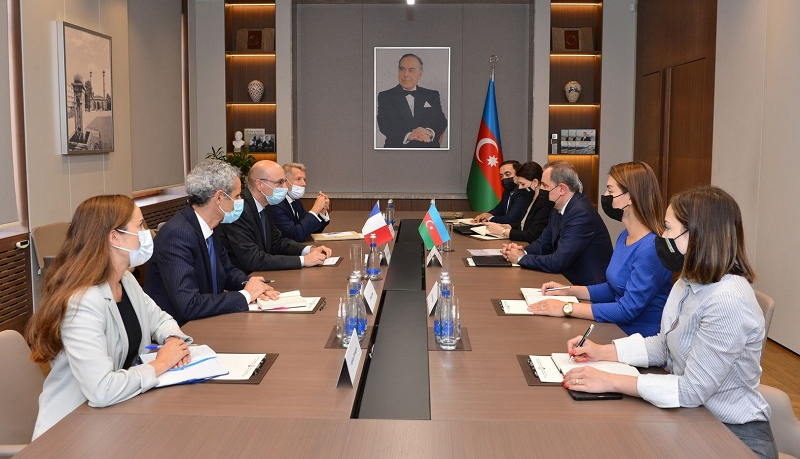 Azerbaijan’s Foreign Minister Jeyhun Bayramov received a delegation led by the Director for the Continental Europe of the Ministry of Europe and Foreign Affairs of France Frédéric Mondoloni on Thursday, the Foreign Ministry told News.Az.

During the meeting, the sides discussed the current regional security situation, including the issues related to the implementation of trilateral statements, cooperation with international organizations, and other issues.

The sides also exchanged views on the Azerbaijan-France bilateral cooperation agenda and noting the existing potential for the development of cooperation expressed mutual interest in this regard.

Minister Bayramov drew attention of his interlocutor to the illegal visit of some members of the French National Assembly to the territory of Azerbaijan, and emphasized that such steps undermine the existing post-conflict peacebuilding efforts in the region.

At the meeting, the other issues of mutual interest were also discussed.