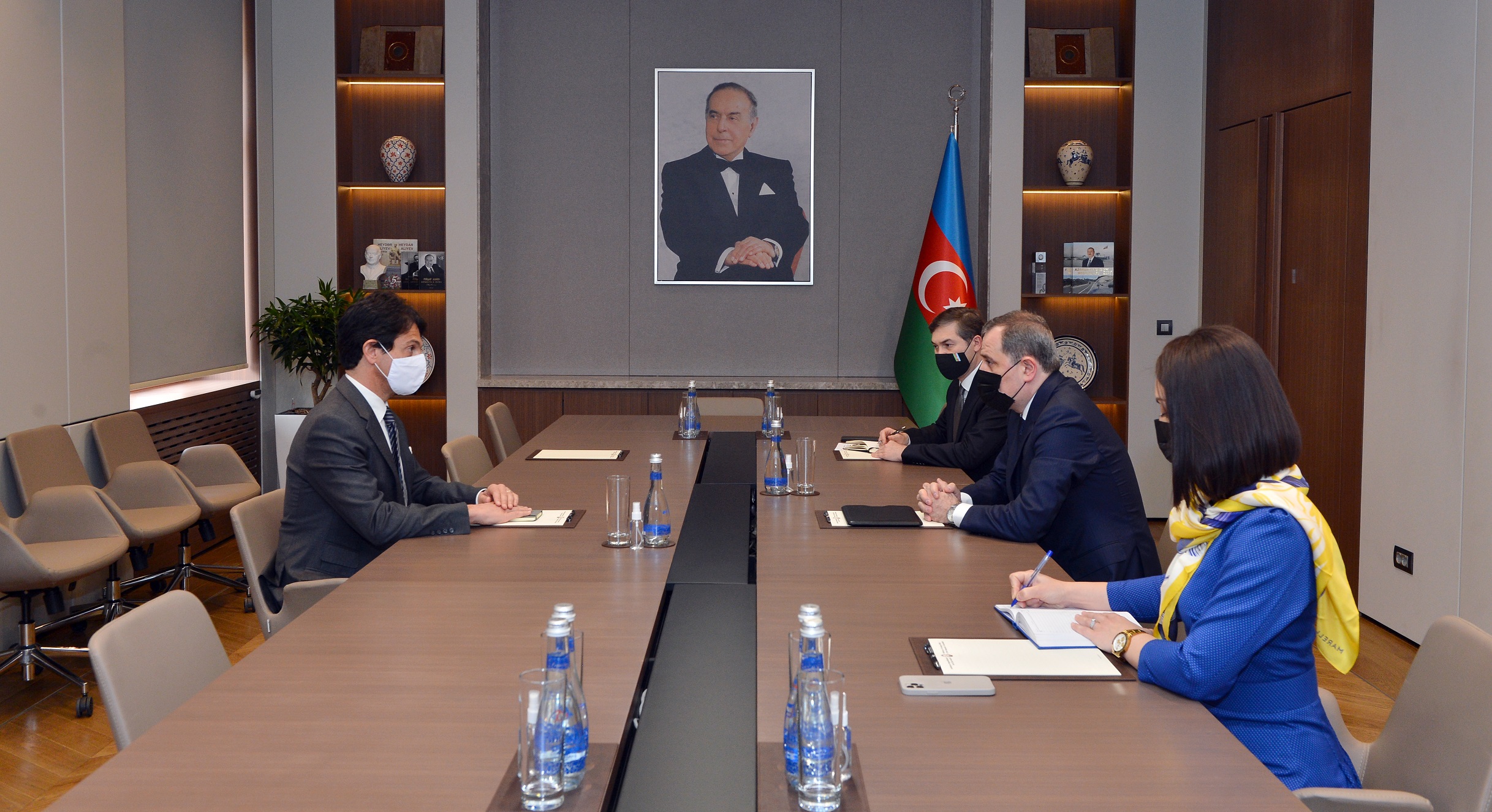 On April 3, 2021, Minister of Foreign Affairs Jeyhun Bayramov received Mr. Augusto Massari, the Ambassador Extraordinary and Plenipotentiary of the Italian Republic to the Republic of Azerbaijan, upon the termination of his diplomatic tenure.

Minister Jeyhun Bayramov noted the high-level cooperation relations between Azerbaijan and Italy, emphasizing that the joint statement on strengthening multidimensional strategic partnership signed at the level of leaders of the two countries is a vivid example of this.

Ambassador Augusto Massari noted with satisfaction the assistance rendered to him and cooperation realized during his diplomatic tenure in Azerbaijan. He noted that the solidarity shown by the two countries is fully consistent with the high level of development of relations between Azerbaijan and Italy.

The parties discussed the prospects for expanding cooperation between our countries in all areas and emphasized the importance of mutual visits in this regard.

Minister Jeyhun Bayramov appreciated the ambassador's diplomatic activity in our country and his contribution to the development of relations between the two countries and wished him success in his future endeavors.