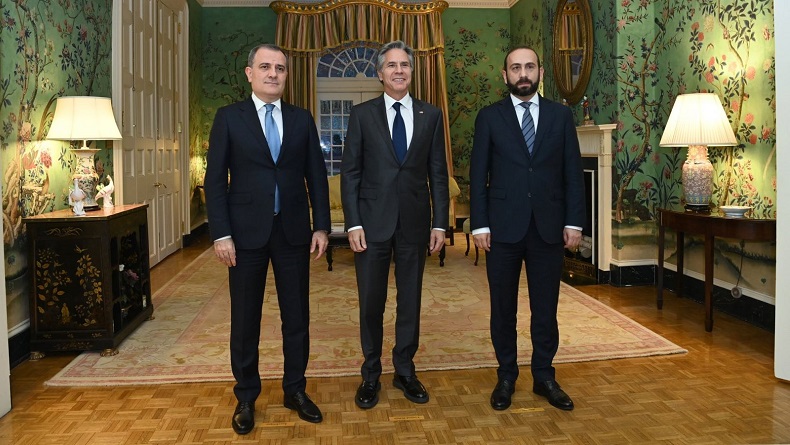 The ministers were hosted at the Blair House, where a joint meeting with the Secretary of State Antony Blinken also took place.

The ministers shared views on the elements of possible peace treaty and acknowledged that there are range of issues still need to be addressed. Both sides reiterated the commitments undertaken by the leaders of Azerbaijan and Armenia in their meetings on October 6th in Prague, and October 31st in Sochi.

They agreed to expedite their negotiations, and to organize another meeting in coming weeks.

Both ministers expressed their appreciation to the U.S. side for hosting the peace talks between Azerbaijan and Armenia.