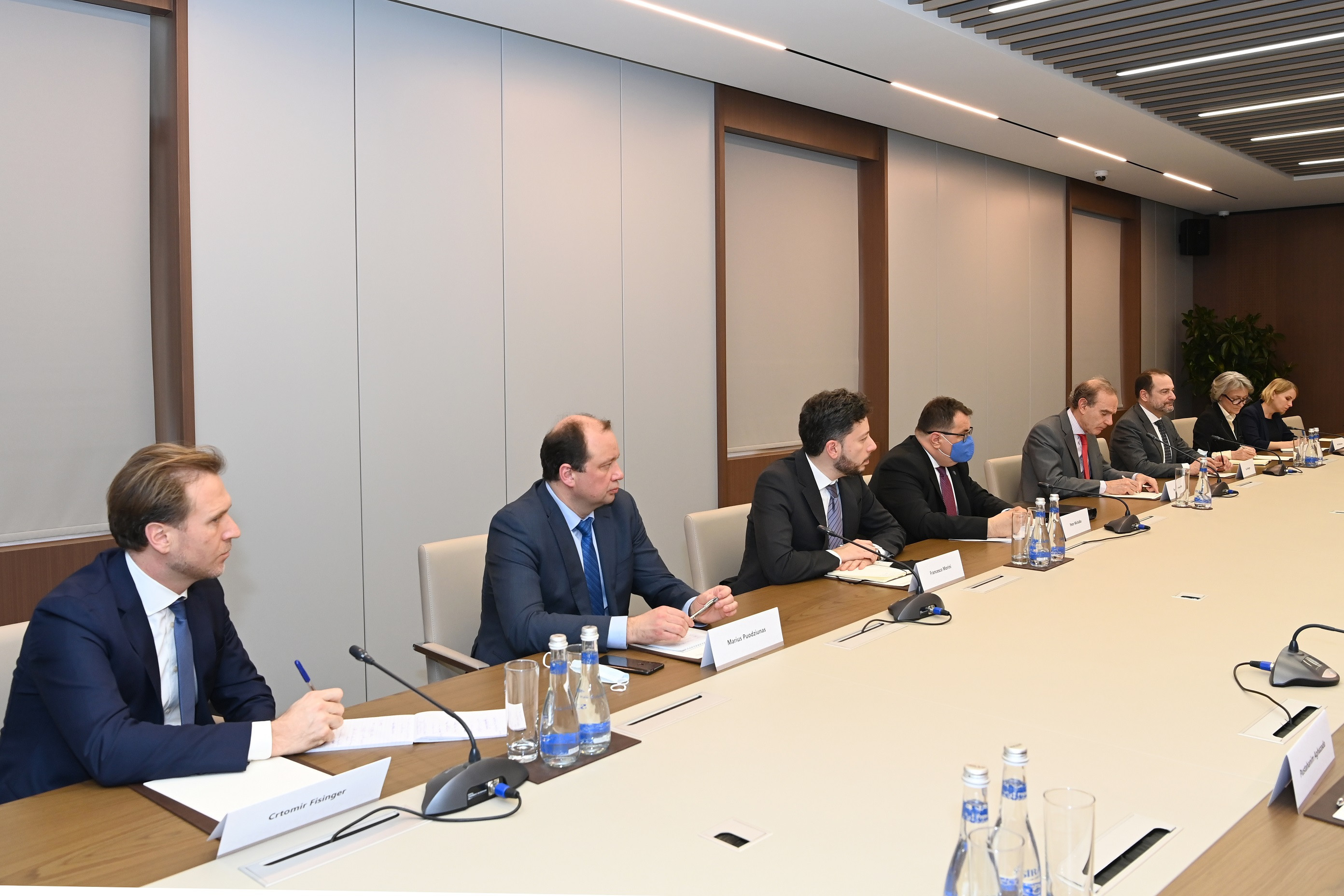 According to the Ministery, the sides exchanged views on the development of cooperation between Azerbaijan and the European Union (EU), a new agreement that will form the legal basis of bilateral relations, as well as prospects for cooperation, including political, economic and energy.

It was noted that relations between Azerbaijan and the EU are in many areas, especially energy, investment, trade, and so on has developed.

Moreover, it was emphasized that the European Union is one of the main trade partners of our country.

Minister Jeyhun Bayramov said that effective cooperation with the EU was carried out within various programs and projects, and the development of cooperation between Azerbaijan and the European Union was important for our country.

At the meeting also were discussed the implementation of the Southern Gas Corridor project and the possibility of expanding the project to the next stage.

Expressing gratitude for the warm welcome, Deputy Secretary-General Enrique Mora noted that Azerbaijan is a very important partner for the EU. He noted that there are strong partnerships between our country and the organization, which have a very broad agenda, covering the economy, technology and innovation, trade, energy and other areas.

It was noted that the European Union is interested in the stable and secure development of the region, and the EU is ready to support all steps in this direction and participate in regional cooperation efforts.

Mora also said that Azerbaijan is an important partner of the EU in the Eastern Partnership program, and Azerbaijan has made a significant contribution to regional security and stability. He stressed that the EU has great potential for cooperation with our country, including cooperation in the field of transport.

The Deputy Secretary General stressed the role of Azerbaijan in ensuring Europe's energy security and the importance of energy cooperation in this regard.

The sides also exchanged views on other issues of mutual interest, regional and international security issues, as well as the situation in Ukraine.