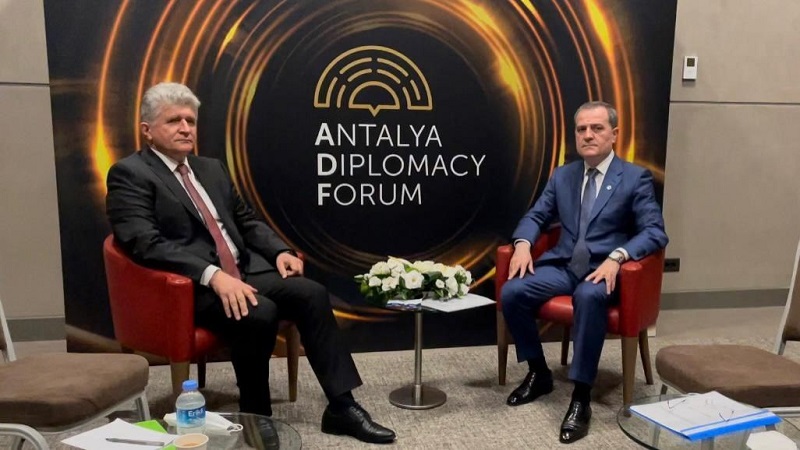 In the meeting, satisfaction has been expressed over the level of cooperation between the UN and Azerbaijan, and future cooperation opportunities have been discussed.

During the meeting, the minister briefed the opposite side on the situation in the liberated areas in the post-conflict phase, mine clearance and the issues related to implementation of trilateral statements.

He spoke about the possibility of normalizing relations between Azerbaijan and Armenia by eliminating the occupation factor at this stage, the process of restoration and reconstruction in the liberated territories. It was noted that the settlement of the conflict has created new prospects for peace, security and cooperation in the region, and the new situation in the region has opened up opportunities for regional cooperation.

The minister underscored the importance of the humanitarian steps taken by Azerbaijan in connection with the implementation of the trilateral statement, as well as the opening of economic and transport ties in the region.

The other side noted the positive experience of cooperation between the UN and Azerbaijan, and existing opportunities for expanding this cooperation.

Further, Miroslav Jenca praised the agreement reached between Azerbaijan and Armenia on the cessation of hostilities and expressed concern over the recent developments in the region, including the tensions at the border. He also stressed the importance of taking the next steps to strengthen peace and the implementation of the issues arising from the trilateral statement.

During the meeting, the sides also exchanged views on the UN-Azerbaijan partnership, as well as the potential cooperation areas.