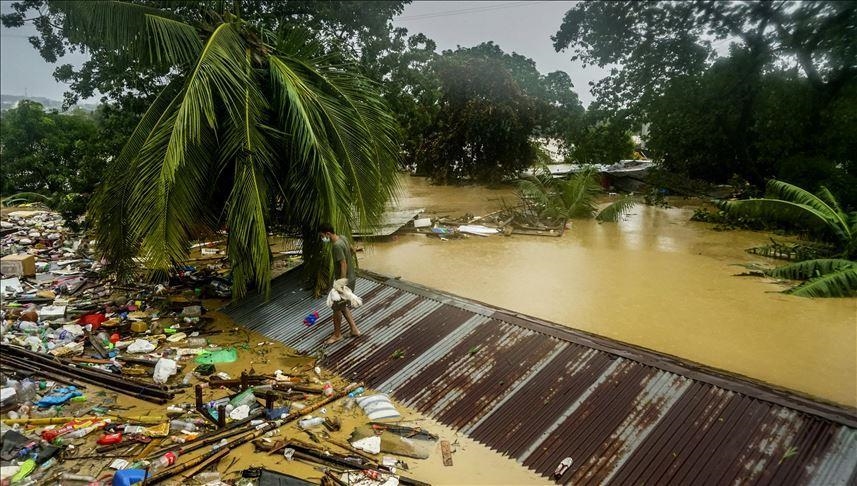 At least five people were killed in floods that deluged south of Luzon island sitting at the northern end of the Philippines, officials said Tuesday, Anadolu Agency reports.

According to the Office of Civil Defense in the flood-hit Bicol region, 147 flooding incidents were reported in 20 municipalities and three cities due to the weather disturbance, the state-run Philippines News Agency reported.

Bicol is the southern tail of Luzon island in the archipelago nation with 107 municipalities divided among six provinces.

Search and rescue operations are still ongoing to find the missing residents, the office said.

The region has been hit by heavy and torrential rains over the last few days, affecting dozens of families who were shifted to safer places.

Many areas were hit by landslides while several highways were damaged due to the floods.

Last November, the Philippines was hit by Typhoon Goni which killed at least 16 people and displaced over one million people.

Typhoon Goni was the strongest typhoon in 2020 to have hit the country.