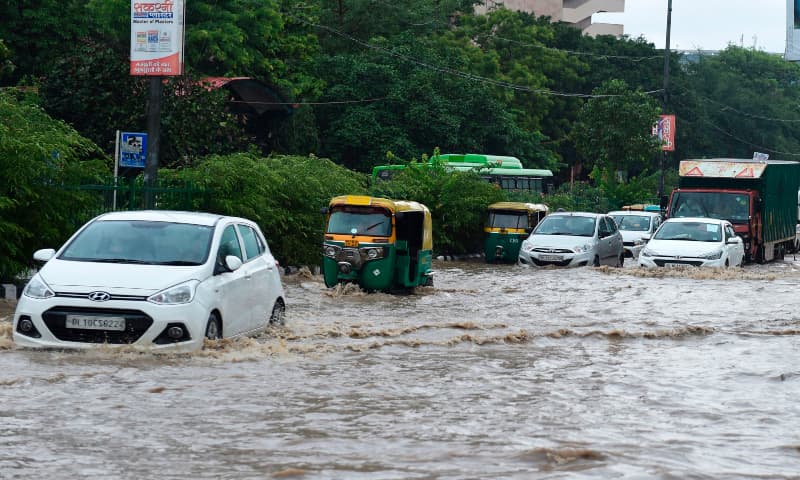 Heavy monsoon rains lashed New Delhi Wednesday, inundating roads and piling on misery for commuters in the chaotic Indian capital, as the death toll from the annual deluge across South Asia rose to nearly 1,300.

The monsoon is vital to the densely populated region, revitalising land and waterways amid scorching summers. But it also causes widespread death and destruction.

In New Delhi, commuters battled through knee-deep waters and cars and buses were submerged as torrential rains added to traffic woes in the city of 20 million.

At a museum in Jaipur in the mostly desert state of Rajasthan, staff told AFP how they were forced to smash open a glass display case containing a 2,300 year-old Egyptian mummy in order to save it from rainwater flooding the ground floor.

"The case of the coffin got a little wet but we've put it out to dry too."

Across India, 847 people have died this season, the home ministry said.

In the southwestern state of Kerala, the death toll from a single landslide rose to 61 on Wednesday, with nine people still missing, an official said.

In India's poorest state Bihar, eight million people have been hit by the floods, with thousands of displaced people sleeping on embankments and highways amid a shortage of relief camps.