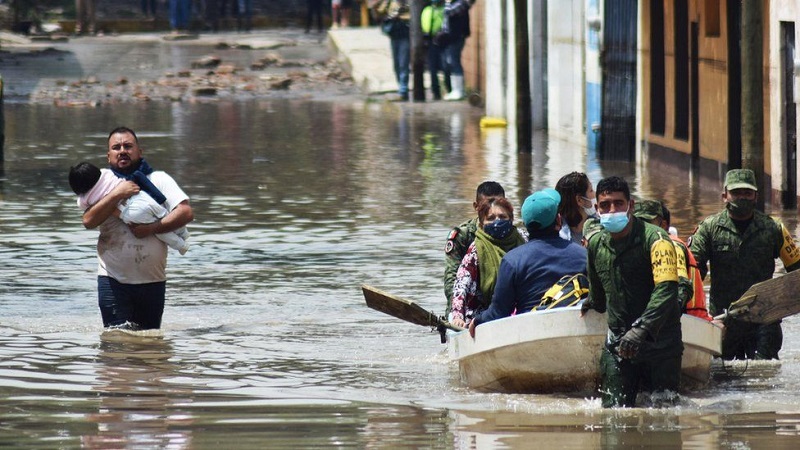 At least 17 patients have been killed after heavy rainfall caused flooding at a hospital in Mexico's central Hidalgo state, officials say, BBC reported.

They say a river burst its banks and water then cut the power supply at the hospital in the town of Tula.

Some of the victims were Covid-19 patients who were being treated with oxygen therapy, local media report.

Rescuers evacuated about 40 patients. Meanwhile, a boat transporting the state governor sank in the river.

Omar Fayad later tweeted that he was "safe and sound", adding that the state authorities would continue co-ordinating emergency operations in the affected areas.

The army was deployed to provide assistance to rescue teams dealing with the disaster.

He urged residents of low-lying areas to move to shelters or stay with relatives or friends in safer places.

More than 30,000 people in towns across the state have been affected by the floods.