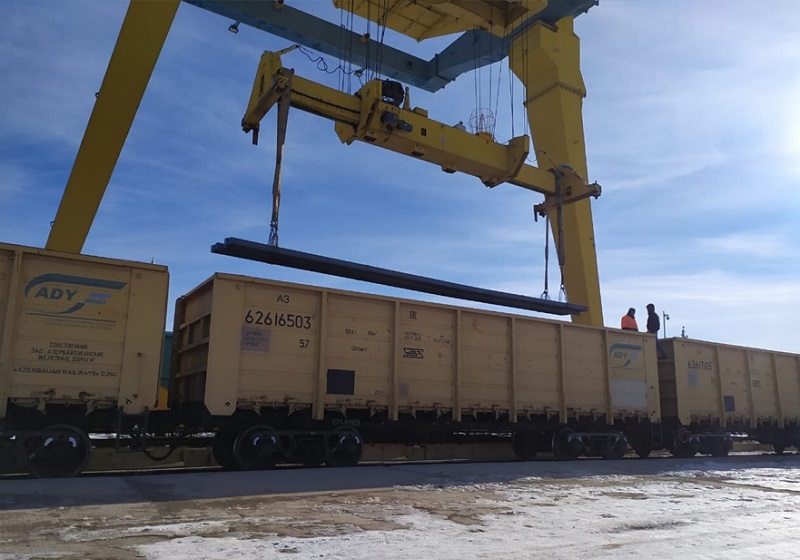 The first batch of export-oriented cargo has been transported to Turkey via the Baku-Tbilisi-Kars railway.

Loaded into semi-cars in Akhalkalaki station, Georgia, the cargo was then transferred into the wagons belonging to the Turkish Railways to be further delivered to the station.

In total, it is planned to transport 5,000 tons of metal structures on 75 wagons, of which the first 15 wagons were already delivered to Turkey, and another batch of the cargo is on the way.