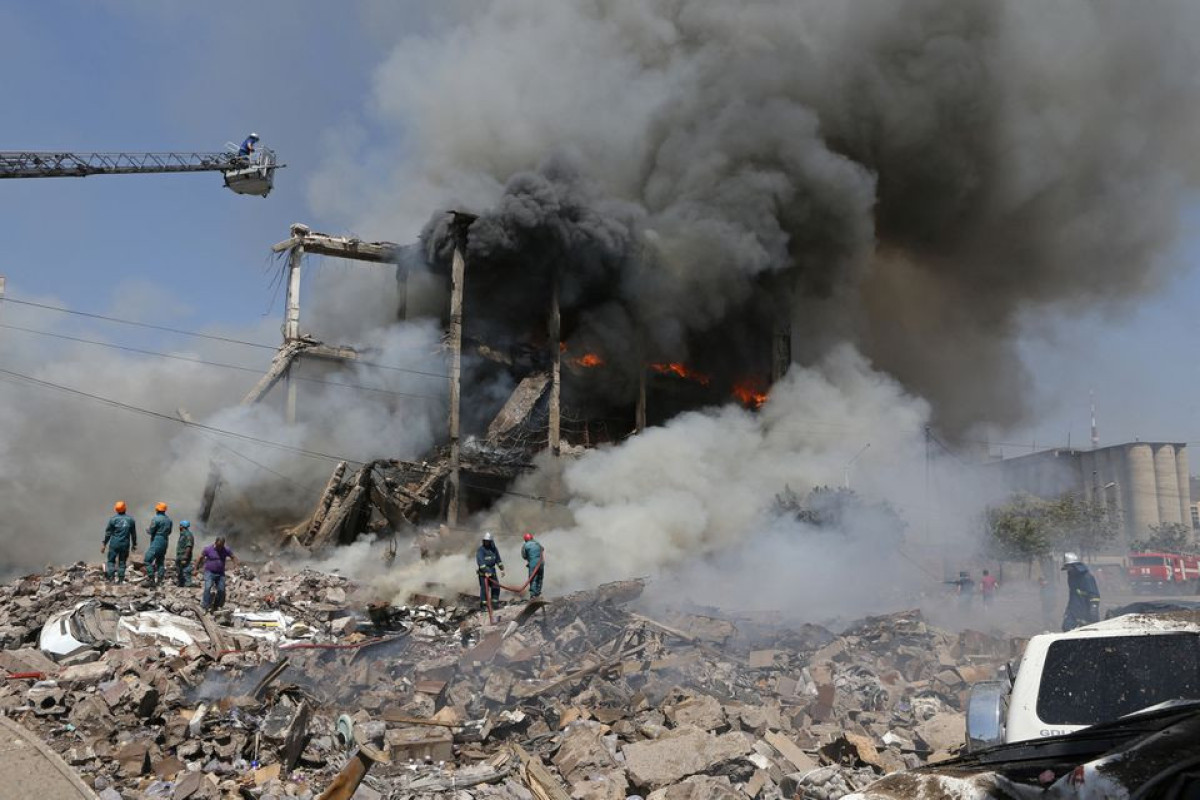 The death toll in the explosion at the "Surmalu" Shopping Center in Yerevan has reached 6, News.az reports citing the Ministry of Emergency Situations of Armenia.

Another unidentified body was pulled out from under the rubble.

Two more people were killed in the explosion at the "Surmalu" Shopping Center in Yerevan, said Hayk Kostanyan, the press secretary of the Ministry of Emergency Situations of Armenia, on Facebook.

Thus, the number of people who died as a result of the incident reached 5.

A criminal case has been launched in connection with the incident.