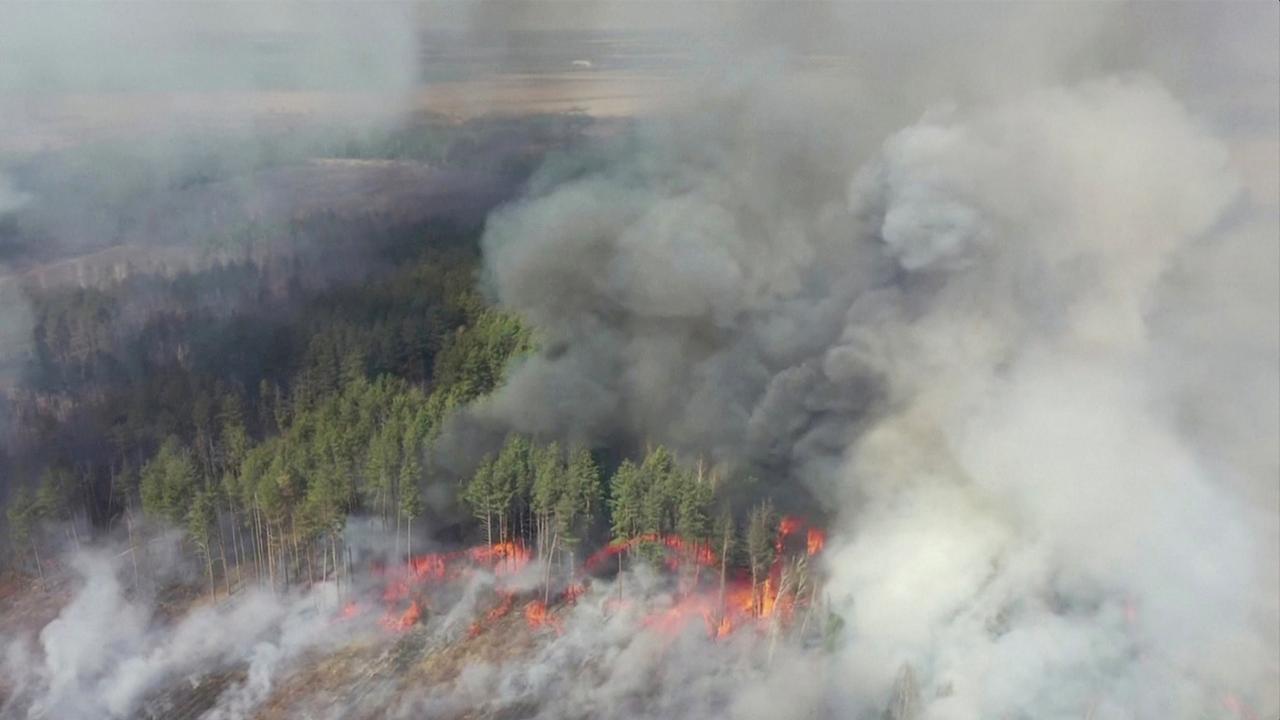 A huge forest fire in Ukraine that has been raging for more than a week is now just one kilometer from the defunct Chernobyl nuclear power plant and poses a radiation risk, Greenpeace Russia warned on Monday, citing satellite images.

Ukraine’s Emergency Situations Service said it was still fighting the fires, but that the situation was under control.

Video footage shot by Reuters on Sunday showed plumes of black smoke billowing into the sky and trees still ablaze, with firefighters in helicopters trying to put out the fires.

Aerial images of the 30 km (19 miles) exclusion zone around the plant, site of the world’s worst nuclear accident in 1986, showed scorched, blackened earth and the charred stumps of still smoldering trees.

The Emergency Situations Service said radiation levels in the exclusion zone had not changed and those in nearby Kyiv, the Ukrainian capital, “did not exceed natural background levels”.

Greenpeace Russia said the situation is much worse than Ukrainian authorities believe, and that the fires cover an area one thousand times bigger than they claim.

On April 4 Ukrainian authorities said the blaze covered an area of 20 hectares, but Greenpeace cited satellite images showing it was around 12,000 hectares in size at that time.

“According to satellite images taken on Monday, the area of the largest fire has reached 34,400 hectares,” it said, adding that a second fire, stretching across 12,600 hectares, was just one kilometer away from the defunct plant.

Satellite images taken by NASA Worldview and seen by Reuters showed the two fires had extended far into the exclusion zone.

The fires, which follow unusually dry weather, began on April 3 in the western part of the exclusion zone and spread to nearby forests.

Police say they have identified a 27-year old local resident who they accuse of deliberately starting the blaze.

It remains unclear if the person, who has reportedly confessed to starting a number of fires “for fun”, is partly or fully responsible.