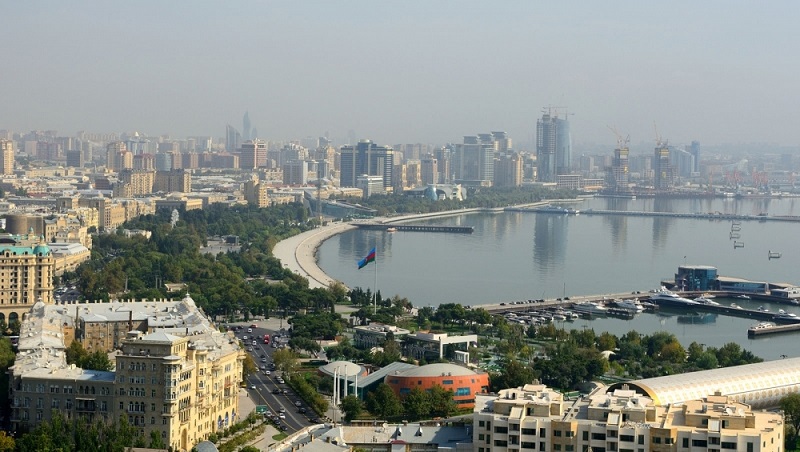 News.Az presents the text of the appeal.

The appeal says: “To the attention of the peace-loving world community that does not recognize war as a means, humane people demanding not to kill civilians, children and babies, as well as states and international organizations!

Armenia's serious armament over the past 30 years posed a fundamental threat to the region and international security. These weapons were mainly aimed at Azerbaijan and the occupation of new territories.

Resolutions No. 822, 853, 874 and 884 adopted by the UN Security Council as the main guarantor of international peace and security in connection with the Armenia-Azerbaijan Nagorno-Karabakh conflict in 1993 set out a clear demand for a complete and unconditional withdrawal of the Armenian armed forces from the occupied territories of Azerbaijan. These resolutions condemn Armenia’s aggressive steps against Azerbaijan, express words of protection of civilians who are not parties to the conflict, and emphasize the inadmissibility of the use of force to acquire territories. At the same time, they reaffirm the territorial integrity, sovereignty and inviolability of the internationally recognized borders of Azerbaijan.

For 30 years now, Armenia has not complied with the requirements of these resolutions, pursued a militaristic policy and tried to occupy new territories of Azerbaijan.

In April 2016, in violation of the ceasefire, Armenia launched a military operations, bombarded civilian villages and settlements with heavy weapons.

Armenia, a country that does not comply with the conditions of the ceasefire agreement and has set itself the goal of occupying new territories of Azerbaijan, violated the ceasefire on the section of the Azerbaijani-Armenian state border in the direction of Tovuz district on 12 July of this year, launched a large-scale military operation and, after receiving a fitting rebuff from the Azerbaijani Army, was forced to retreat.

On 27 September 2020, the Armenian army launched large-scale military operations against Azerbaijan in Nagorno-Karabakh, which it holds under occupation. This time, it was large cities of Azerbaijan and civilian production facilities of our country that were subjected to bombardment.

In the period from 27 September to 17 October, Armenian armed forces regularly fired on the cities of Ganja and Mingachevir, the settlements of Absheron, Khizi, Barda, Beylagan, Aghjabadi, Zardab, Goranboy, Goygol, Tartar and Yevlakh districts, which are located far from the combat zone, and committed war crimes against civilians.

Even though a humanitarian ceasefire agreement was reached with the mediation of Russia on 10 October, at 2 am on 11 October, the Armenian armed forces bombarded the second largest city of Azerbaijan Ganja, with “ELBRUS (SCUD)” ballistic missiles from its own territory. As a result, 10 people died, including five women, 34 people were injured, including 16 women and six children. In addition, three buildings were completely destroyed, more than 10 apartment buildings and more than 100 other facilities were damaged.

At 10:44 on 15 October, Armenian armed forces launched an operational-tactical missile on Ordubad district of the Nakhchivan Autonomous Republic from the territory of the occupied Kalbajar district.

Despite international protests, Armenia has committed yet another war crime. A third horrific attack on the second largest city of Azerbaijan Ganja, which is located very far from the frontline, was carried out by the Armenians at about 1 am on 17 October 2020. It has led to the death of a large number of civilians. The attack killed 13 people, including two children. More than 45 were seriously injured. Irreparable damage has been inflicted on a large number of civilian infrastructure facilities and vehicles. The probability of an increase in the number of deaths and injuries as a result of this crime is quite high.

Ballistic missile shelling of civilians in the city of Ganja is a flagrant violation of human rights and freedoms, the norms and principles of international law, including the Geneva Conventions of 1949 and their additional protocols, decisions and resolutions of the UN Security Council. These atrocities committed against civilians are war crimes and must be legally recognized as such at the international level.

Thus, Armenia has once again demonstrated that it is an incorrigible country of terror. Yerevan proves that it makes no sense to negotiate with it. While civilians of Ganja were sleeping, the enemy took aim at them.

We, the political parties functioning in Azerbaijan, strongly condemn the terrorist act committed by Armenia against the civilian population, demand punishment for the terrorist state and declare:

We strongly support the policy of the President of Azerbaijan and Commander-in-Chief Ilham Aliyev during the Patriotic War, bring this to the attention of Armenia and the world community, and are rallied around our leader together with the Azerbaijani people like an iron fist.

The deliberate killing of civilians, the gross violation of the norms and principles of international law, including international humanitarian law, as well as the humanitarian ceasefire adopted in Moscow on 10 October, is a war crime and a crime against humanity. The military-political leadership of Armenia bears full responsibility for these crimes.

Armenia’s ongoing military aggression and brutal attacks on civilians must be stopped immediately, the international community must not turn a blind eye to these inhuman actions of Armenia against the Azerbaijani people.

The states selling arms to Armenia must immediately stop doing that so that they do not become accomplices in crimes against women, children and babies as a result of the bombing of cities and regions of Azerbaijan.

The military-political leadership of Armenia, which has turned terrorism into an instrument of state policy, bears responsibility for its decision to fire rockets on civilians. Criminals must be brought to justice using national and international legal mechanisms.

This appeal will be sent to each of the 30 above-mentioned organizations.