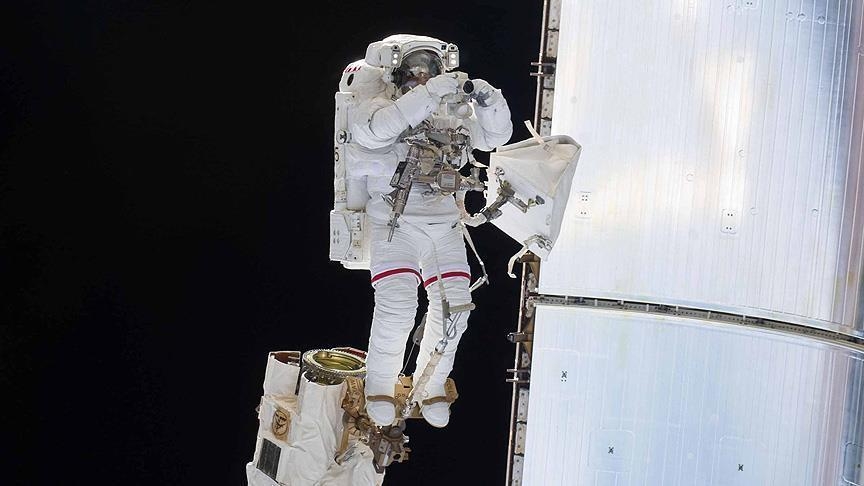 It was the eighth spacewalk for 57-year-old NASA astronaut Peggy Whitson, the most for any woman from any country.

Two astronauts conducting maintenance outside the International Space Station (ISS) during a spacewalk Thursday bumbled and lost an important piece of shielding for protecting the station from micrometeorites, APA reports quoting AA.

The mishap slightly marred the historic spacewalk. It was the eighth spacewalk for 57-year-old NASA astronaut Peggy Whitson, the most for any woman from any country. The record adds to Whitson’s distinction as the oldest and most experienced spacewoman in the world.

Whitson and NASA astronaut Shane Kimbrough, also on the spacewalk, were tasked with installing four thermal protection shields -- large pieces of cloth that protect the ISS from the sun’s heat and tiny pieces of space debris.

NASA did not reveal which astronaut was responsible, but one of the pair lost grip on a piece of shielding and it floated away into space. It is being tracked by NASA in order to see if it will orbit back around and strike the ISS.

“During the spacewalk, one of the shields was inadvertently lost,” NASA said in a statement. “The loss posed no immediate danger to the astronauts and Kimbrough and Whitson went on to successfully install the remaining shields on the common berthing mechanism port.”

The main task for the pair involved readying a new dock so that it can soon accept manned missions from commercial space exploration companies.

The docking mechanism for private spacecraft is known as Pressurized Mating Adapter-3 (PMA-3). The astronauts connected cables from the PMA-3 to its final location at the utility hub of the ISS.

Two astronauts on March 24 disconnected cables from the PMA-3 from its previous location so that a robotic arm could transport it to its home March 26. The PMA-3 is crucial for allowing private spacecraft from around the world link to the ISS.

A third spacewalk to finish work on the PMA-3 is scheduled for April 6.