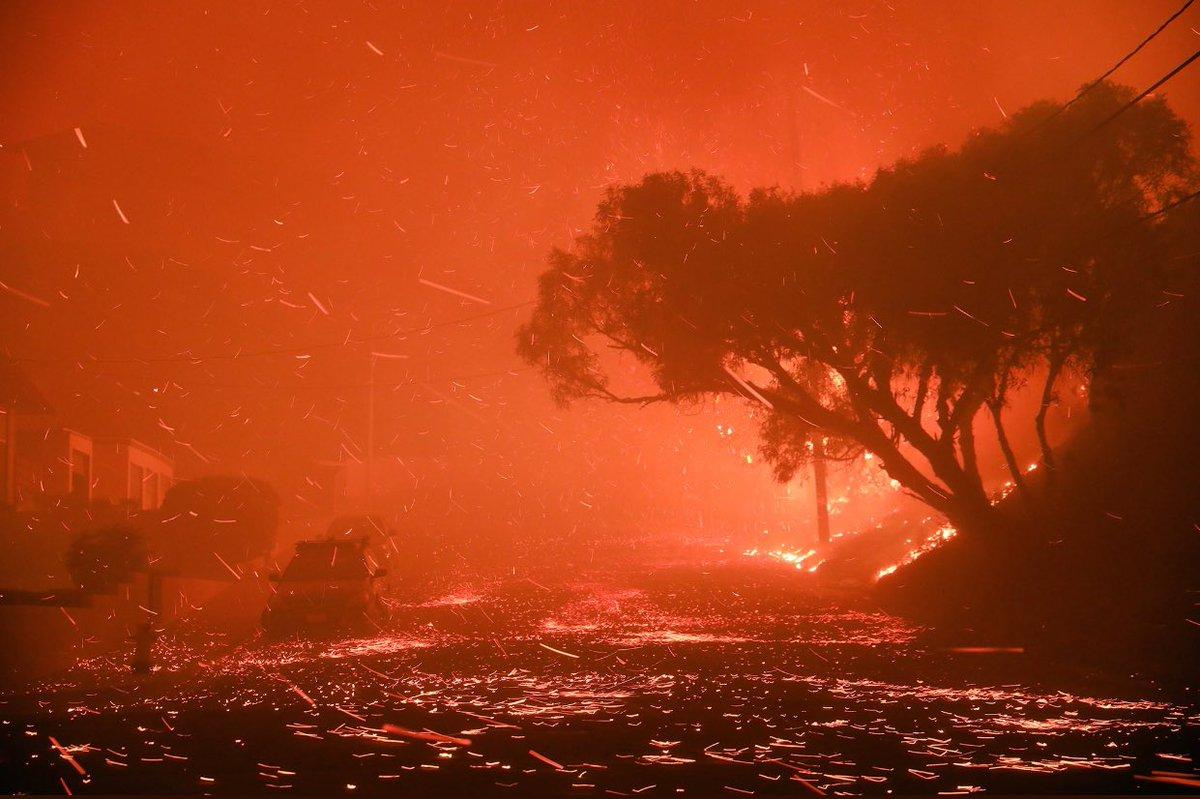 Thousands of residents have been forced to evacuate after a fast-moving wildfire exploded to over 14,200 acres (57.5 square km) near Yosemite National Park in the western U.S. state of California, News.Az reports citing Xinhua.

The wildfire, dubbed the Oak Fire, has destroyed at least 10 structures, damaged another five and was 0 percent contained as of Sunday morning, with over 2,600 other structures under threat, according to the California Department of Forestry and Fire Protection (Cal Fire).

Driven by hot, dry weather and drought conditions, the blaze began on Friday afternoon in Mariposa County in central California. It rapidly grows to be one of the largest wildfires in the state so far this year. California Governor Gavin Newsom declared a state of emergency for Mariposa County on Saturday due to the effects of the explosive fire.

More than 6,000 people have been evacuated as over 2,000 fire personnel are fighting to control the flames from ground and from air, reported KFSN-TV, a TV station in the nearby city of Fresno.