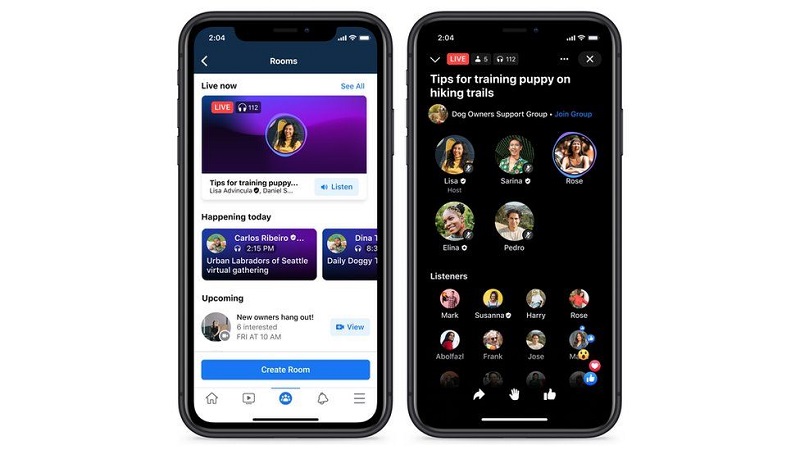 Facebook has announced it will roll out a series of audio features in the next few months, BBC reports.

This includes Live Audio Rooms, its version of the popular app Clubhouse that allows people to listen and participate in live conversations.

Audio-only networks have become increasingly popular during the pandemic.

The feature will be launched over the next few months, at first with a small number of creators.

Users will be able to make money in the Live Audio Rooms or with Soundbites, though it's unclear if this will be available to anyone or just reserved for creators with large followings.

Facebook boss Mark Zuckerberg made the announcement while speaking to journalist Casey Newton on Monday.

In a statement, Facebook's Fidji Simo said: "Audio seamlessly fits within our busy lives, allows us to be inspired by new ideas, and talk with other like-minded people without pressure."

It is unclear how Facebook plans to moderate the audio channels.