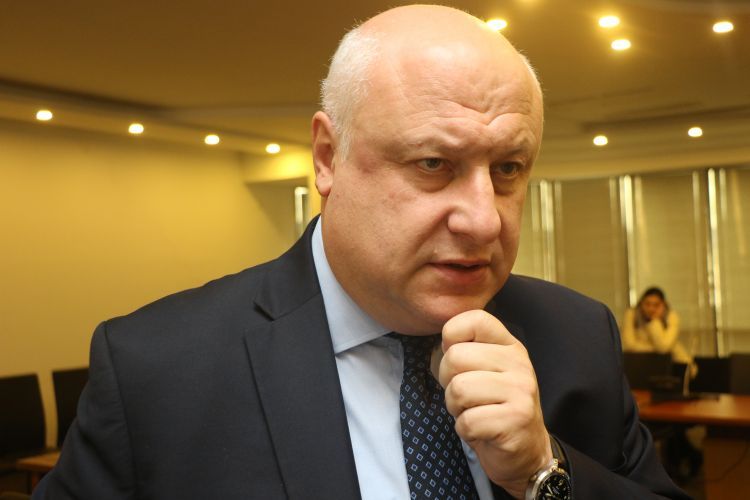 "Unfortunately, there is no significant progress in the activities of the OSCE Minsk Group aimed at the settlement of the Nagorno-Karabakh conflict."

“Civil initiatives aimed at peaceful conflicts resolution  and development of democracy are always welcomed by international organizations, in particular by the OSCE” Vice-President of the OSCE Parliamentary Assembly George Tsereteli told Eurasia Diary attending  the conference titled “The peaceful settlement of the Nagorno-Karabakh conflict and the new mission of the civil society” held in Tbilisi, Georgia, according to Eurasia Diary.

Recalling that the "Armenia-Azerbaijan Peace Platform" established in December 2016 became a big hope for the societies of the South Caucasus. The initiatives of the Platform are aimed at the peaceful settlement of the Nagorno-Karabakh conflict between Armenia and Azerbaijan, lasting almost 30 years and achievement of sustainable peace.
At this stage, there is a need to reform and expand the activities of the Platform. For that reason, new members of the Platform were elected to enlarge its activity and play a serious role in the peace building process on the level of the UN, the OSCE Minsk Group and other international organizations.

Vice-President of the OSCE PA George Tsereteli noted that, unfortunately, there is no significant progress in the activities of the OSCE Minsk Group aimed at the settlement of the Nagorno-Karabakh conflict. This inactivity causes the regular military escalations, like that, happened in April 2016.

"Of course, I see a great potential in the civil society of Armenia and Azerbaijan and consider that their initiatives are additional support for the work of the OSCE Minsk Group. Rational initiatives of civil society should be encouraged by both governments and international organizations.

Peaceful initiatives should be passed from the people to the government, and the government should listen to the main strata of society.

Young people also need to be actively involved in the "Armenia-Azerbaijan Civil Peace Platform". This will bring new ideas and a new look to the problem solution.

The rapprochement with civil society will be supported by the OSCE.

“Peaceful resolution of the conflicts and mediation is one of the most important goals of the OSCE," Tsereteli said.

The MP also stressed that Armenia and Azerbaijan will have to stand against the "external forces", which attempt to impede the establishment of relations between the conflicting sides and  not interested to build the peace in the Caucasus.

It should be noted that on Monday, the General Assembly of the "Armenia-Azerbaijan Civil Peace Platform" decided to open the offices in Tbilisi, Yerevan and Baku, as well as to hold the meetings with the general public in Yerevan and Baku.