Expert: Baku is not interested in destabilization in Iran 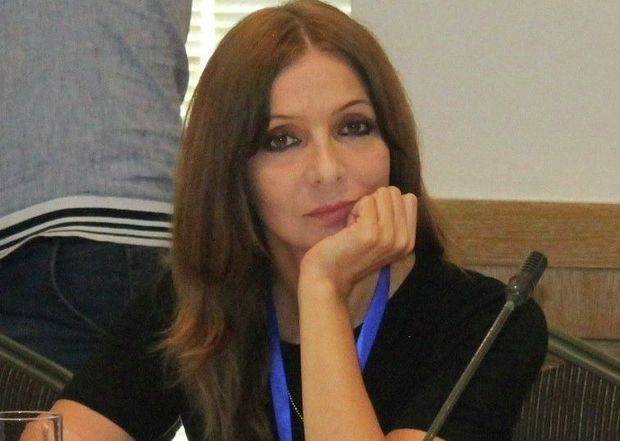 Developments in Iran formed the central news of the past week.

The aggravation of the internal political situation in Iran caused many questions, the main of which is how much the region is ready for such an outcome of events. Leaving the situation out of control in Iran can destabilize the situation in the entire post-Soviet space, as well as in the Caucasus region.

Expert and deputy director of the Baku Network Gulnara Mammadzadah spoke in an interview with Oxu.Az about how much Azerbaijan and the Caucasus region are ready for chaos in Iran.

- How do you assess the situation in Iran, and what further developments do you expect?

- The whole world follows the events in Iran. But it is rather difficult to assess the situation in a country like Iran without knowing and understanding the subtleties of domestic policy, the mental and sociocultural characteristics of Iranian society.

It seems that the nature of the recent protests in Iran is fueled by two sources, both external and internal, that are regulated by the special services of all interested parties.

- The question is: who reacted first, throwing the provocative balls - for the purpose of preemption or this was an external throw-in as a warning?

- Perhaps the external factors connected with the interests of the American-Israeli tandem at Trump's initiative activated the differences among the leading political forces in Iran, which are conditionally positioned as "reformers" and "conservatives," tearing the blanket of power against the backdrop of the impoverished population. Perhaps, such a political splash was needed to reveal the correlation of powers and moods in the country ahead of possible threats, and also to fix the reaction of external opponents.

As a result, the statements demonstrating that the instinct of self-preservation is put into effect and the centers of power have not yet lost the ability to negotiate against the backdrop of fundamental threats to the regime's foundations were voiced at Hamenei and Rouhani's initiative.

On the other hand, the international community shows reactions, on the basis of which conclusions to be used at the next stages are accumulated.

This issue was put forward at a meeting of the UN Security Council, there are already tendentious views of American politicians, in particular, about the possibility of a Syrian scenario in Iran in this or that version. This is also an interesting question, but a separate topic.

Of course, while at the previous stages of the pressure of Western sanctions, the Iranian society was overwhelmed by the trend towards internal mobilization and consolidation, now the system has become more vulnerable, first of all, from within. The ideas of the revolution fueled relative social justice in society, but it lasted several decades, and the corrosion of social stratification in a set with outmoded patriarchal orders somewhat undermined the stability of the system.

Moreover, in pursuit of global ambitions, large states get involved in world conflicts, immensely draining the material and human resources of their countries, thereby provoking internal dissatisfaction. And this is the strongest derivative for shaking stability even in a country like Iran.

- Iran is not a simple country in the region, and the way the situation will develop in this country will depend on and influence many countries of the region, including Azerbaijan. What are the risks for Azerbaijan in conditions of deteriorating situation in Iran?

- Of course, it influences and will influence. First of all, it will influence the nearest regional environment. In particular, these are Russia, Turkey, Azerbaijan, Armenia. The answer to the question about who is interested in pulling Iran out of a bunch with Russia and Turkey, taking the increasingly tangible format of the new world power center, is on the surface. But it's not just about big players, but about small ones. Armenia was hardly impressed by the prospect of Iran's rapprochement with Turkey and Azerbaijan, or the implementation of the "North-South" project with the participation of Tehran, Moscow and Baku. In the current situation, neither Turkey, nor Azerbaijan, nor Russia are interested in destabilizing Iran, because too large stakes are put on transnational and joint regional projects.

For Azerbaijan, first of all, the risks are associated to the likelihood of the delay of large-scale projects related to Iran and the possible excessive flow of immigrants from South Azerbaijan to the country.

Azerbaijan, as a space that preserves internal stability and multicultural traditions, already now attracts an increasing attention of immigrants from the countries of this large region, primarily through the prism of tourism.

- Is it likely that the possible destabilization of Iran will affect the stability of the entire Caucasus region, including Russia?

- Of course. But it is unlikely that large-scale destabilization will occur in Iran, especially in the short term. We should rather expect the transformation of the system of power as such with a subsequent change in the structure of society, not excluding the minimization of the factor of religious influence. But this is a process, and it is yet difficult to predict the way it will proceed and how painful it will be for the Iranian society, and what consequences it will have for the countries of the region.