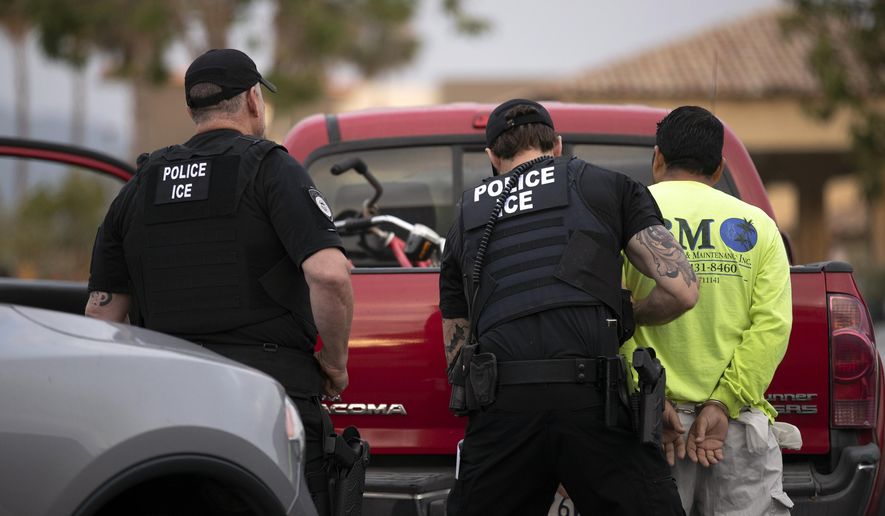 A Los Angeles-area lawyer bribed FBI and immigration agents to provide “protection” for him, with one scouring law enforcement databases to warn him of ongoing

The charges against Edgar Sargsyan, 39, are part of a broader series of cases against the agents and an Armenian reputed organized crime figure who was convicted last month on charges stemming from a $1 billion renewable fuel tax credit fraud (https://www.justice.gov/opa/pr/jury-finds-los-angeles-businessman-guilty-1-billion-biodiesel-tax-fraud-scheme).

Sargsyan admitted in court documents that he paid an FBI agent up to $10,000 to keep an eye on federal databases and alert him if certain people were under investigation. He also admitted to paying the Immigration and Customs Enforcement Homeland Security Investigations agent to try to smooth two immigration-related matters.

Sargsyan also admitted he and an accomplice ran a scheme to take out credit cards in the names of foreign visitors who came on travel visas, then charged nearly $1 million to their accounts.

He agreed to plead guilty to five felony counts ranging from conspiracy to commit bank fraud to bribing a public official to lying to investigators.

The agents aren’t named in the plea agreement, but authorities last week charged former FBI Agent Babak Broumand with conspiracy to commit bribery, accusing him of accepting cash and gifts from a Los Angeles-area lawyer.

Broumand also is accused of obstructing an investigation into one-time HSI Agent Felix Cisneros Jr. Cisneros was convicted of a number of charges in 2018, including helping a Mexican criminal enter the U.S.

Authorities say Sargsyan paid $36,000 for a Ducati motorcycle and accessories he gave to the FBI agent — the same transaction that appears in the complaint against Broumand.

The lawyer also said he paid the FBI agent about $10,000 a month and treated him to lavish hotel stays in exchange for the agent scouring federal law enforcement databases for the names of 10 to 20 people, looking for investigations of them. The agent would waive the lawyer off doing business with people under investigation so he himself didn’t pop up on the government’s radar, according to court documents.

Prosecutors say Sargsyan met the FBI agent in 2014 and noticed his “expensive tastes,” and groomed the agent to help him out.

At the center of the activity was Levon Termendzhyan, whom prosecutors called an Armenian organized crime figure. He was convicted in Utah in March for the renewable fuel tax credit fraud scheme.

Sargsyan says the HSI agent was paid at least $77,000 to scour databases in order to help the lawyer’s associates.

In one case, a German client wanted to enter the U.S. but had a past drug conviction. According to the plea agreement, the HSI agent ran the name through the Department of Homeland Security’s chief law enforcement database, spotted the drug flag and removed the alert, easing the German’s ability to get into the U.S.

That act earned the HSI agent $30,000, Mr. Sargsyan said in the court filing.

The HSI agent also wrote out a formal order paroling one of Sargsyan’s Armenian relatives into the U.S., and got his supervisor to sign off, Sargsyan says. The attempt still failed, and the relative instead showed up at the border and demanded asylum.

Payments to the two agents constitute the bulk of the bribery charges.

Sargsyan also admitted to lying to FBI and HSI agents about the bribes and to investigators from the Justice Department’s inspector general about a $30,000 check paid to the FBI agent’s business, Love Bugs, which treats lice.

The bank fraud, meanwhile, involved taking the identities of foreigners who came on J1 visitor visas and then departed. Sargsyan and an associate would open credit cards in their names and charge purchases to the accounts.

Sargsyan admitted to racking up more than $941,000 in purchases at two of his businesses.

He faces up to 50 years in prison for the five charges.