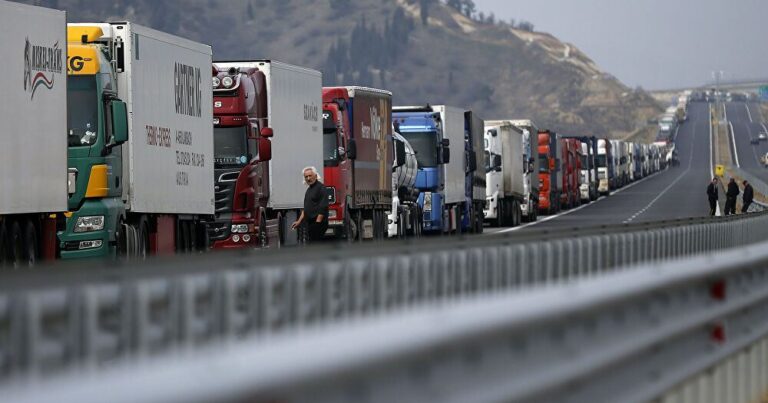 The evacuation of Azerbaijani drivers in Ukraine continues, the Ministry of Digital Development and Transport told News.Az.

Initially, six trucks concentrated in Odessa were transferred to Moldova. The vehicles have now reached the Romanian border and are awaiting documentation to cross the border into Romania.

The evacuation process is being carried out with the help of Azerbaijan’s diplomatic corps in Moldova.

It is expected that as a result of negotiations between the Ministry of Digital Development and Transport, the State Road Transport Service and the Azerbaijan International Road Carriers Association (ABADA) with relevant entities, the drivers that are in the territory of Odessa Port will today depart in the same direction.

Efforts are also underway to evacuate the drivers concentrated in Kyiv, Kharkov and other regions, and they are regularly contacted.